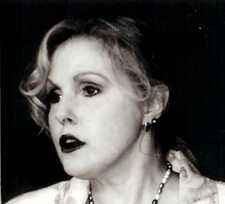 This will prevent Dr. Cole Marie from sending you messages, friend request or from viewing your profile. They will not be notified. Comments on discussion boards from them will be hidden by default.
Sign in to Goodreads to learn more about Dr. Cole Marie.

“The road to Hell is paved with the best of conscious intentions.”
― Elizabeth F. Howell, The Dissociative Mind
tags: hell, intention
6 likes

“Patients with complex trauma may at times develop extreme reactions to something the therapist has said or not said, done or not done. It is wise to anticipate this in advance, and perhaps to note this anticipation in initial communications with the patient. For example, one may say something like, "It is likely in our work together, there will be a time or times when you will feel angry with me, disappointed with me, or that I have failed you. We should except this and not be surprised if and when it happens, which it probably will." It is also vital to emphasize to the patient that despite the diagnosis and experience of dividedness, the whole person is responsible and will be held responsible for the acts of any part. p174”
― Elizabeth F. Howell, The Dissociative Mind
tags: complex-ptsd, dissociative-identity-disorder, mental-disorder, responsibility, responsible, system-responsibility, trauma-therapy, traumatized
9 likes

“Dissociation, in a general sense, refers to a rigid separation of parts of experiences, including somatic experiences, consciousness, affects, perception, identity, and memory. When there is a structural dissociation, each of the dissociated self-states has at least a rudimentary sense of "I" (Van der Hart et al., 2004). In my view, all of the environmentally based "psychopathology" or problems in living can be seen through this lens.”
― Elizabeth F. Howell, The Dissociative Mind
tags: alters, child-abuse, childhood, depression, dissociation, dissociative, identity, memory, mpd, multiple-personality-disorder, parts, perception, personality, psychology, trauma
21 likes

“Secondary structural dissociation involves one ANP and more than one EP. Examples of secondary structural dissociation are complex PTSD, complex forms of acute stress disorder, complex dissociative amnesia, complex somatoform disorders, some forms of trauma-relayed personality disorders, such as borderline personality disorder, and dissociative disorder not otherwise specified (DDNOS).. Secondary structural dissociation is characterized by divideness of two or more defensive subsystems. For example, there may be different EPs that are devoted to flight, fight or freeze, total submission, and so on. (Van der Hart et al., 2004). Gail, a patient of mine, does not have a personality disorder, but describes herself as a "changed person." She survived a horrific car accident that killed several others, and in which she was the driver. Someone not knowing her history might see her as a relatively normal, somewhat anxious and stiff person (ANP). It would not occur to this observer that only a year before, Gail had been a different person: fun-loving, spontaneous, flexible, and untroubled by frightening nightmares and constant anxiety. Fortunately, Gail has been willing to pay attention to her EPs; she has been able to put the process of integration in motion; and she has been able to heal. p134”
― Elizabeth F. Howell, The Dissociative Mind
tags: apparently-normal-part, dissociation, emotional-part, personality, psychology, psychotherapy, ptsd, structural-dissociation, therapy, trauma
5 likes

Books That Should Be Made Into Movies