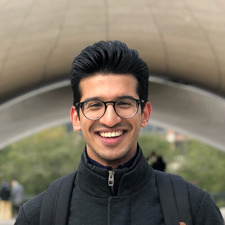 This will prevent Ammaar from sending you messages, friend request or from viewing your profile. They will not be notified. Comments on discussion boards from them will be hidden by default.
Sign in to Goodreads to learn more about Ammaar.

“In ancient Rome, when a victorious general paraded through the streets, legend has it that he was sometimes trailed by a servant whose job it was to repeat to him, " Memento Mori": Remember you will die. A reminder of mortality would help the hero keep things in perspective, instill some humility. Job's memento mori had been delivered by his doctors, but it did not instill humility. Instead he roared back after his recovery with even more passion. The illness reminded him that he had nothing to lose, so he should forge ahead full speed. " He came back on a mission," said Cook. " Even though he was now running a large company, he kept making bold moves that I don't think anybody else would have done.”
― Walter Isaacson, Steve Jobs
tags: business-culture, passion, risk
6 likes

Polls voted on by Ammaar