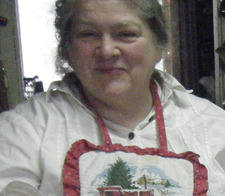 This will prevent Tchipakkan from sending you messages, friend request or from viewing your profile. They will not be notified. Comments on discussion boards from them will be hidden by default.
Sign in to Goodreads to learn more about Tchipakkan.

See all 266 books that Tchipakkan is reading…

“Peter Blood judged her- as we are all prone to do- upon insufficient knowledge.”
― Rafael Sabatini, Captain Blood
tags: judging-people
8 likes

“One lifetime is not enough to live”
― Bob Marley
94 likes

“It has generally been assumed that fairy tales were first created for children and are largely the domain of children. But nothing could be further from the truth.

From the very beginning, thousands of years ago, when tales were told to create communal bonds in face of the inexplicable forces of nature, to the present, when fairy tales are written and told to provide hope in a world seemingly on the brink of catastrophe, mature men and women have been the creators and cultivators of the fairy tale tradition. When introduced to fairy tales, children welcome them mainly because they nurture their great desire for change and independence. On the whole, the literary fairy tale has become an established genre within a process of Western civilization that cuts across all ages. Even though numerous critics and shamans have mystified and misinterpreted the fairy tale because of their spiritual quest for universal archetypes or their need to save the world through therapy, both the oral and the literary forms of the fairy tale are grounded in history: they emanate from specific struggles to humanize bestial and barbaric forces, which have terrorized our minds and communities in concrete ways, threatening to destroy free will and human compassion. The fairy tale sets out to conquer this concrete terror through metaphors.”
― Jack Zipes, Spells of Enchantment: The Wondrous Fairy Tales of Western Culture

“It is not human to be wise,’ said Blood. ‘It is much more human to err, though perhaps exceptional to err on the side of mercy.”
― Rafael Sabatini, Captain Blood
16 likes

“I am sorry, as well, to present such a sketchy and disappointing exegesis of what is in fact the central part of my story.”
― Donna Tartt, The Secret History
1 likes

Vandana Shiva
author of: Stolen Harvest: The Hijacking of the Global Food Supply

Historical Fiction on Greece and Rome

Polls voted on by Tchipakkan