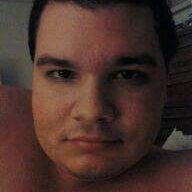 The Once and Future King

Block The Once and Future King?

This will prevent The Once and from sending you messages, friend request or from viewing your profile. They will not be notified. Comments on discussion boards from them will be hidden by default.
Sign in to Goodreads to learn more about The Once and.

The Once and’s favorite books

The Once and’s Bookshelves

The Once and is Currently Reading

The Once and Future King is currently reading
Blood of Elves (The Witcher, #1)
by Andrzej Sapkowski
bookshelves: currently-reading

The Once and Future King is currently reading
The Phantom of the Opera
by Gaston Leroux
bookshelves: currently-reading

The Once and’s Quotes

“I did not care for the things that most people care about– making money, having a comfortable home, high military or civil rank, and all the other activities, political appointments, secret societies, party organizations, which go on in our city . . . I set myself to do you– each one of you, individually and in private– what I hold to be the greatest possible service. I tried to persuade each one of you to concern himself less with what he has than with what he is, so as to render himself as excellent and as rational as possible.”
― Socrates
85 likes

“It has been said that terror is the principle of despotic government. Does your government therefore resemble despotism? Yes, as the sword that gleams in the hands of the heroes of liberty resembles that with which the henchmen of tyranny are armed ... The government of the revolution is liberty's despotism against tyranny. Is force made only to protect crime”
― Maximilien Robespierre
tags: far-left, left, left-wing, leftism, leftist, radicalism, revolutution
15 likes

“To move the world we must move ourselves.”
― Socrates
78 likes


More of The Once and’s quotes…

The Once and’s Writing

recent posts
The Once and’s Groups

The Once and’s Year In Books

People The Once and is Following

More…
15 people are following The Once and

The Once and’s Favorite Authors

David Galdwin
author of: The Riverside Anthology of Short Fiction

Theo LeSieg
author of: Ten Apples Up On Top!
More…

Polls voted on by The Once and

Lists liked by The Once and