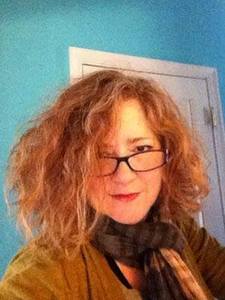 This will prevent Lorie from sending you messages, friend request or from viewing your profile. They will not be notified. Comments on discussion boards from them will be hidden by default.
Sign in to Goodreads to learn more about Lorie.

Lorie is currently reading
Joan: The Mysterious Life of the Heretic Who Became a Saint
by Donald Spoto
bookshelves: currently-reading

Lorie is currently reading
Oil and Marble: A Novel of Leonardo and Michelangelo
by Stephanie Storey (Goodreads Author)
bookshelves: currently-reading

“I examined the poets, and I look on them as people whose talent overawes both themselves and others, people who present themselves as wise men and are taken as such, when they are nothing of the sort.

We do not know — neither the sophists, nor the orators, nor the artists, nor I— what the True, the Good, and the Beautiful are. But there is this difference between us: although these people know nothing, they all believe they know something; whereas, I, if I know nothing, at least have no doubts about it. As a result, all this superiority in wisdom which the oracle has attributed to me reduces itself to the single point that I am strongly convinced that I am ignorant of what I do not know.”
― Socrates
tags: humbleness, ignorance, knowledge, truth, understanding
410 likes

“I do not understand the mystery of grace -- only that it meets us where we are and does not leave us where it found us.”
― Anne Lamott
tags: inspirational-grace
820 likes

“I must, then, repeat continually that we are forever sundered - and yet, while I breathe and think, I must love him.'

“You may ask questions which I shall not choose to answer.”
― Jane Austen, Pride and Prejudice
tags: elizabeth-bennet, jane-austen, pride-and-prejudice
18 likes

“And he took her in his arms and kissed her under the sunlit sky, and he cared not that they stood high upon the walls in the sight of many.”
― J.R.R. Tolkien
tags: gondor, romance
3487 likes

Art Lovers — 1746 members — last activity 7 hours, 5 min ago
To reciprocate the appreciation of different artists and discuss their lives and works.

Paulo Coelho
author of: The Alchemist

Kathryn Stockett
author of: The Help

Polls voted on by Lorie