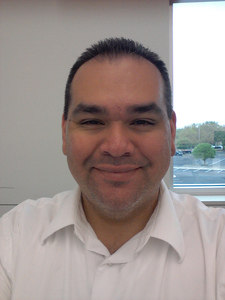 This will prevent Steven from sending you messages, friend request or from viewing your profile. They will not be notified. Comments on discussion boards from them will be hidden by default.
Sign in to Goodreads to learn more about Steven.

Steven Perez is currently reading
Hate Inc.: Why Today’s Media Makes Us Despise One Another
by Matt Taibbi
bookshelves: currently-reading

“Never tell the truth to people who are not worthy of it.”
― Mark Twain
tags: truth
15600 likes

“Men occasionally stumble over the truth, but most of them pick themselves up and hurry off as if nothing had happened.”
― Winston S. Churchill
tags: truth
6507 likes

“It is not the critic who counts; not the man who points out how the strong man stumbles, or where the doer of deeds could have done them better. The credit belongs to the man who is actually in the arena, whose face is marred by dust and sweat and blood; who strives valiantly; who errs, who comes short again and again, because there is no effort without error and shortcoming; but who does actually strive to do the deeds; who knows great enthusiasms, the great devotions; who spends himself in a worthy cause; who at the best knows in the end the triumph of high achievement, and who at the worst, if he fails, at least fails while daring greatly, so that his place shall never be with those cold and timid souls who neither know victory nor defeat.”
― Theodore Roosevelt
tags: inspirational, politics, presidential
6871 likes

“The story so far:
In the beginning the Universe was created.
This has made a lot of people very angry and been widely regarded as a bad move.”
― Douglas Adams, The Restaurant at the End of the Universe
tags: humor, scifi
22305 likes

“That which does not kill us makes us stronger.”
― Friedrich Nietzsche
tags: paraphrased, strength
33039 likes

Andrew J. Bacevich
author of: The Limits of Power: The End of American Exceptionalism

Brian Wood
author of: DMZ, Vol. 1: On the Ground

Greg Palast
author of: The Best Democracy Money Can Buy

Glenn Greenwald
author of: No Place to Hide: Edward Snowden, the NSA, and the U.S. Surveillance State
More…

Polls voted on by Steven