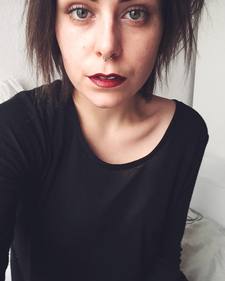 This will prevent Michella from sending you messages, friend request or from viewing your profile. They will not be notified. Comments on discussion boards from them will be hidden by default.
Sign in to Goodreads to learn more about Michella.

See all 5 books that Michella is reading…

“Be crazy! But learn how to be crazy without being the center of attention. Be brave enough to live different.”
― Paulo Coelho, Veronika Decides to Die
910 likes

“Kids are perfect people till grownups get their hands on them.”
― John Irving
63 likes

“We do not need magic to transform our world. We carry all the power we need inside ourselves already.”
― J.K. Rowling
5331 likes

“Saying 'I notice you're a nerd' is like saying, 'Hey, I notice that you'd rather be intelligent than be stupid, that you'd rather be thoughtful than be vapid, that you believe that there are things that matter more than the arrest record of Lindsay Lohan. Why is that?' In fact, it seems to me that most contemporary insults are pretty lame. Even 'lame' is kind of lame. Saying 'You're lame' is like saying 'You walk with a limp.' Yeah, whatever, so does 50 Cent, and he's done all right for himself.”
― John Green
tags: humor, nerdfighters
22101 likes

The Feminist Orchestra Bookclub — 4885 members — last activity Jun 26, 2020 01:19PM
Discover and recommend more feminist reads here: https://www.goodreads.com/list/show/96419.The_Feminist_Orchestra_Potential_Reading_List We're also o Discover and recommend more feminist reads here: https://www.goodreads.com/list/show/96419.The_Feminist_Orchestra_Potential_Reading_List We're also on twitter: https://twitter.com/femorchestra #feministorchestra Sick of sexist comments from people online and being accused of banging my 'feminist drum' by intolerant people I have decided to start a Feminist Bookclub on Booktube. All engagement is welcome though, on youtube, on blogs and on goodreads. This is not 'my' bookclub, however, it belongs to all of us. I strongly believe feminism, which means equality of all sexes in society, not to be about the individual but about everyone and to be a group movement. Therefore, I want this bookclub to be a group. We read one book over the course of two months throughout the year. At the end of the first month there will be a pre-scheduled twitter chat on themes relating to that month's book, which will not require you to have finished the book. A video review will then be posted on Jean (bookishthoughts) or Lauren's (readsanddaydreams) channel on youtube. If you also film a youtube review/discussion or write a review/discussion of the book on your blog please share it with us all by posting it in the reviews thread. Please use #feministorchestra on twitter, instagram and elsewhere so we can all share our posts, thoughts, discussion and book reviews Gender equality is at the heart of this book club so please recognise this in your behaviour. We do not exist to convince anyone of this but to discuss the nuances and individual issues presented by the literature we read. All fantastic name credit goes to Chelsea: https://www.youtube.com/channel/UCr5ozf3OVhcWVbr_f7ONJpw ...more

Polls voted on by Michella