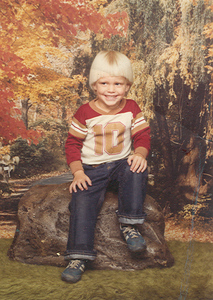 This will prevent Damian from sending you messages, friend request or from viewing your profile. They will not be notified. Comments on discussion boards from them will be hidden by default.
Sign in to Goodreads to learn more about Damian.

Damian is currently reading
Lacan: In Spite Of Everything
by Élisabeth Roudinesco
bookshelves: currently-reading

See all 18 books that Damian is reading…

“Love never dies a natural death. It dies because we don't know how to replenish its source. It dies of blindness and errors and betrayals. It dies of illness and wounds; it dies of weariness, of witherings, of tarnishings.”
― Anais Nin
tags: death, love
21119 likes

“Although most people never overcome the habit of berating the world for their difficulties, those who are too weak to make a stand against reality have no choice but to obliterate themselves by identifying with it. They are never rationally reconciled to civilization. Instead, they bow to it, secretly accepting the identity of reason and domination, of civilization and the ideal, however much they may shrug their shoulders. Well-informed cynicism is only another mode of conformity. These people willingly embrace or force themselves to accept the rule of the stronger as the eternal norm. Their whole life is a continuous effort to suppress and abase nature, inwardly or outwardly, and to identify themselves with its more powerful surrogates—the race, fatherland, leader, cliques, and tradition. For them, all these words mean the same thing—the irresistible reality that must be honored and obeyed. However, their own natural impulses, those antagonistic to the various demands of civilization, lead a devious undercover life within them.”
― Max Horkheimer, Eclipse of Reason
40 likes

Polls voted on by Damian