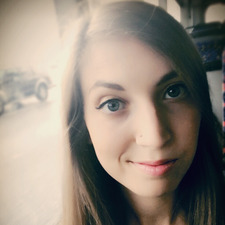 This will prevent Emily Judds from sending you messages, friend request or from viewing your profile. They will not be notified. Comments on discussion boards from them will be hidden by default.
Sign in to Goodreads to learn more about Emily Judds.

“We agreed that no one who had not grown up in a little prairie town could know anything about it. It was a kind of freemasonry, we said.”
― Willa Cather
5 likes

“...never [enter] into dispute or argument with another. I never saw an instance of one of two disputants convincing the other by argument. I have seen many, on their getting warm, becoming rude, & shooting one another. ... When I hear another express an opinion which is not mine, I say to myself, he has a right to his opinion, as I to mine; why should I question it? His error does me no injury, and shall I become a Don Quixote, to bring all men by force of argument to one opinion? ... There are two classes of disputants most frequently to be met with among us. The first is of young students, just entered the threshold of science, with a first view of its outlines, not yet filled up with the details & modifications which a further progress would bring to their knoledge. The other consists of the ill-tempered & rude men in society, who have taken up a passion for politics. ... Consider yourself, when with them, as among the patients of Bedlam, needing medical more than moral counsel. Be a listener only, keep within yourself, and endeavor to establish with yourself the habit of silence, especially on politics. In the fevered state of our country, no good can ever result from any attempt to set one of these fiery zealots to rights, either in fact or principle. They are determined as to the facts they will believe, and the opinions on which they will act. Get by them, therefore, as you would by an angry bull; it is not for a man of sense to dispute the road with such an animal.”
― Thomas Jefferson
tags: politics, politics-of-the-united-states
20 likes

“The world is full of shitheads, Rhea. Don’t listen to them—listen to me. And I know that Lou is one of those shitheads. But I listen.”
― Jennifer Egan, A Visit from the Goon Squad
tags: kindlehighlight
51 likes

“They resumed walking. Alex felt an ache in his eyes and throat. "I don't know what happened to me," he said, shaking his head. "I honestly don't."

Bennie glanced at him, a middle-aged man with chaotic silver hair and thoughtful eyes. "You grew up, Alex," he said, "just like the rest of us.”
― Jennifer Egan, A Visit from the Goon Squad

Polls voted on by Emily Judds