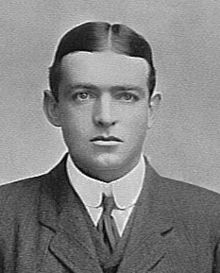 This will prevent Bakunin from sending you messages, friend request or from viewing your profile. They will not be notified. Comments on discussion boards from them will be hidden by default.
Sign in to Goodreads to learn more about Bakunin.

Error rating book. Refresh and try again.
Rate this book
Clear rating
1 of 5 stars2 of 5 stars3 of 5 stars4 of 5 stars5 of 5 stars
progress:    (page 150 of 608) "Kissinger never lets you down. He manages to succintly summarize key differences between the West and China using the appropriate analogy of chess and wei qi (or Go). "If chess is all about decisive battle, wei qi is about protracted campaign. The chess player aims for total victory. The wei qi player seeks relative advantage. (p. 23)" — 19 minutes ago

Bakunin is currently reading
What Is Real?: The Unfinished Quest for the Meaning of Quantum Physics
by Adam Becker (Goodreads Author)
bookshelves: currently-reading

See all 46 books that Bakunin is reading…

“John F. Kennedy summed up Aristotelian happiness in a single sentence: “The full use of your powers along lines of excellence in a life affording scope.”
― Edith Hall, Aristotle's Way: How Ancient Wisdom Can Change Your Life
2 likes

“Part of the magic was that Hitler told people what they wanted to hear. His pronouncements were not a challenge but a confirmation of his followers’ assumptions and preconceptions, an incitement to cast off the dreary restrictions of civility and rationality and allow their emotions full Dionysiac release, above all a permission both to maintain hope in the face of obdurate reality and to hate anyone or anything that was perceived to undermine that hope. Catholics, Socialists, and Communists, with intellectual structures of their own, were not as susceptible to him. He appealed to a devastated populace that, like him, had lost everything, including their established beliefs, felt a profound sense of grievance, and found consolation in a pan-Germanism that was part sentimentality and part utopianism, a sort of forward-looking nostalgia. The content of the speeches was important to that degree.”
― Barry Gewen, The Inevitability of Tragedy: Henry Kissinger and His World
3 likes

“Among the many subjects which interested me, I dwelt especially upon antiquity, for our own age has always repelled me, so that, had it not been for the love of those dear to me, I should have preferred to place myself in spirit in other ages, and consequently I delighted in history.”
― Francesco Petrarca
tags: antiquity, greek, history, perennial, rome
5 likes

“But if, on the contrary, you are inclined - late in life though it be - to reconnoitre a foreign sphere of limitless extent, then be persuaded that the first quality that is needed is Audacity.”
― Winston S. Churchill, Painting as a Pastime
1 likes

Polls voted on by Bakunin