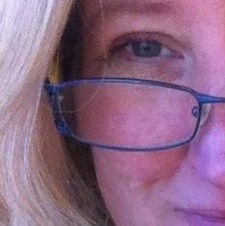 This will prevent Jennifer (aka EM) from sending you messages, friend request or from viewing your profile. They will not be notified. Comments on discussion boards from them will be hidden by default.
Sign in to Goodreads to learn more about Jennifer (aka EM).

Jennifer (aka EM) is Currently Reading

“But every so often the government remembered about Indians and when they did they always tried to solve Indians, thought Thomas. They solve us by getting rid of us. And do they tell us when they plan to get rid of us? Hah. And hah.

He had received no word from the government. By reading the Minot Daily News, he'd found out something was up. Then Moses had to pry the papers out of his contact down in Aberdeen. It had taken precious time to even get confirmation, or see the actual House Resolution stating, as its author said, that the Turtle Mountain Band of Chippewa was targeted by the United States Congress for emancipation.

Emancipation. Emancipation. Emancipation. This word would not stop banging around in his head. Emancipated. But they were not enslaved. Freed from being Indians was the idea. Emancipated from their land. Freed from the treaties that Thomas's father and grandfather had signed and that were promised to last forever. So, as usual, by getting rid of us the Indian problem would be solved. Overnight, the tribal chairman job had turned into a struggle to remain a problem to not be solved.”
― Louise Erdrich, The Night Watchman

“This was--small talk, Hero thought to herself. Though why people called it small, she didn't know. The effort it scraped out of her felt immense, exhausting, like she should have studied for days beforehand just to be ready for it, like she'd need to sleep a dreamless sleep all night just to recover from it.”
― Elaine Castillo, America Is Not the Heart
tags: small-talk
6 likes

“...but here it hung, and it was an artifact of love. Well, of a hopeless doomed selfish ridiculous love, but what other kind had ever existed?”
― Rebecca Makkai, The Great Believers
13 likes

“Maybe she didn't cry because tears were a currency in her life for so long that holding them back meant she was richer.”
― Tracey Lindberg
tags: cry, tears
1 likes


More of Jennifer (aka EM)’s quotes…

A Goodreadin' Year In Review (Travel)
6 chapters   —   updated Jan 08, 2016 03:02PM
Description: An annual exercise to take stock of what fed my head here on GR.
GR Challenge (Select)
1 chapters   —   updated May 13, 2015 06:38PM
Description: Taking the GR Challenge one step beyond quantity to make some specific reading commitments focused on quality.

More of Jennifer (aka EM)’s groups…

Jennifer (aka EM)’s Year In Books

Miriam Toews
author of: All My Puny Sorrows

Louise Erdrich
author of: The Round House

Polls voted on by Jennifer (aka EM)

Lists liked by Jennifer (aka EM)