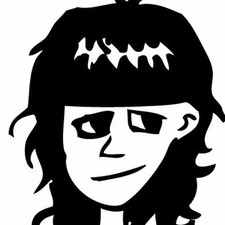 This will prevent Namita from sending you messages, friend request or from viewing your profile. They will not be notified. Comments on discussion boards from them will be hidden by default.
Sign in to Goodreads to learn more about Namita.

Namita Mohandas is currently reading
What I Talk About When I Talk About Running
by Haruki Murakami
bookshelves: currently-reading

Namita Mohandas is currently reading
The Love of a Good Woman
by Alice Munro
bookshelves: currently-reading

“Eliza has no use for the foolish romantic tradition that all women love to be mastered, if not actually bullied and beaten. "When you go to women," says Nietzsche, "take your whip with you." Sensible despots have never confined that precaution to women: they have taken their whips with them when they have dealt with men, and been slavishly idealized by the men over whom they have flourished the whip much more than by women. No doubt there are slavish women as well as slavish men; and women, like men, admire those that are stronger than themselves. But to admire a strong person and to live under that strong person's thumb are two different things. The weak may not be admired and hero-worshipped; but they are by no means disliked or shunned; and they never seem to have the least difficulty in marrying people who are too good for them. They may fail in emergencies; but life is not one long emergency: it is mostly a string of situations for which no exceptional strength is needed, and with which even rather weak people can cope if they have a stronger partner to help them out. Accordingly, it is a truth everywhere in evidence that strong people, masculine or feminine, not only do not marry stronger people, but do not show any preference for them in selecting their friends. When a lion meets another with a louder roar "the first lion thinks the last a bore." The man or woman who feels strong enough for two, seeks for every other quality in a partner than strength. The converse is also true. Weak people want to marry strong people who do not frighten them too much; and this often leads them to make the mistake we describe metaphorically as "biting off more than they can chew." They want too much for too little; and when the bargain is unreasonable beyond all bearing, the union becomes impossible: it ends in the weaker party being either discarded or borne as a cross, which is worse. People who are not only weak, but silly or obtuse as well, are often in these difficulties.”
― George Bernard Shaw, Pygmalion
6 likes

“It is no measure of health to be well adjusted to a profoundly sick society.”
― J. Krishnamurti
tags: conditioning, conformity, society, values
1487 likes

“You should always waste time when you don't have any. Time is not the boss of you. Rule 408.”
― Steven Moffat
tags: bbc, doctor-who, eleventh-doctor
426 likes

Saki
author of: The Collected Short Stories of Saki

Polls voted on by Namita