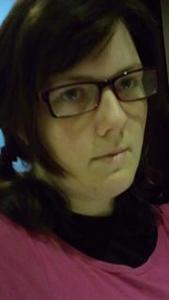 This will prevent Christina from sending you messages, friend request or from viewing your profile. They will not be notified. Comments on discussion boards from them will be hidden by default.
Sign in to Goodreads to learn more about Christina.

Christina Veldman is currently reading
The Lost World of Genesis One: Ancient Cosmology and the Origins Debate
by John H. Walton
bookshelves: currently-reading

“What is consciousness?” I asked. “I don’t know,” he replied, after a little hesitation. “Never mind,” I said. “Let’s think of something easier. What is energy?” “Well,” he said, “we can measure it and write down the equations governing its conservation.” “Yes, I know, but that was not my question. My question was: what is it?” “We don’t know,” he said with a grin, “and I think you were aware of that.” “Yes, like you I have read Feynman and he says that no one knows what energy is. That brings me to my main point. Would I be right in thinking that you were about to dismiss me (and my belief in God) if I failed to explain the divine and human nature of Christ?” He grinned again, and said nothing. I went on: “Well, by the same token, would you be happy if I now dismiss you and all your knowledge of physics because you cannot explain to me the nature of energy? After all, energy is surely by definition much less complex than the God who created it?” “Please don’t!” he said. “No, I am not going to do that, but I am going to put another question to you: why do you believe in the concepts of consciousness and energy, even though you do not understand them fully? Is it not because of the explanatory power of those concepts?” “I see what you are driving at,” he replied. “You believe that Jesus Christ is both God and man because that is the only explanation that has the power to make sense of what we know of him?” “Exactly.”
― John C. Lennox, Against the Flow: The inspiration of Daniel in an age of relativism
10 likes

“Perhaps it is no wonder that the women were first at the Cradle and last at the Cross. They had never known a man like this Man - there never has been such another. A prophet and teacher who never nagged at them, never flattered or coaxed or patronised; who never made arch jokes about them, never treated them either as "The women, God help us!" or "The ladies, God bless them!"; who rebuked without querulousness and praised without condescension; who took their questions and arguments seriously; who never mapped out their sphere for them, never urged them to be feminine or jeered at them for being female; who had no axe to grind and no uneasy male dignity to defend; who took them as he found them and was completely unself-conscious. There is no act, no sermon, no parable in the whole Gospel that borrows its pungency from female perversity; nobody could possibly guess from the words and deeds of Jesus that there was anything "funny" about woman's nature.”
― Dorothy L. Sayers, Are Women Human? Astute and Witty Essays on the Role of Women in Society
123 likes

“One might think that after this trenchant diagnosis of the radical dualism in human thinking, Huxley would urge us to take truth seriously and lean against any way in which we may be tempted to rationalize our needs—as Plato and Aristotle would have recommended. Instead, bizarrely, he goes on to take the very approach he was attacking. He freely admits that he “took it for granted” that the world had no meaning, but he did not discover it, he decided it. “I had motives for not wanting the world to have meaning; consequently assumed that it had none, and was able without any difficulty to find satisfying reasons for this assumption.”7 His philosophy of meaninglessness was far from disinterested. And the reason? “We objected to morality because it interfered with our sexual freedom.”8 This admission is extraordinary. To be sure, Huxley and his fellow members of the Garsington Circle near Oxford were not like the Marquis de Sade, who used the philosophy of meaninglessness to justify cruelty, rape and murder. But Huxley’s logic is no different. He too reached his view of the world for nonintellectual reasons: “It is our will that decides how and upon what subjects we shall use our intelligence.” After all, he continues in this public confessional, “The philosopher who finds no meaning in the world is not concerned exclusively with a problem in metaphysics. He is also concerned to prove that there is no valid reason why he personally should not do as he wants, or why his friends should seize political power and govern in a way they find most advantageous to themselves.”9 The eminent contemporary philosopher Thomas Nagel is equally candid. He admits that his deepest objection to Christian faith stems not from philosophy but fear. I am talking about something much deeper—namely the fear of religion itself. I speak from experience, being strongly subject to this fear myself: I want atheism to be true and am made uneasy by the fact that some of the most intelligent and well-informed people I know are religious believers. It isn’t just that I don’t believe in God and, naturally, hope that I’m right in my belief. It’s that I hope there is no God! I don’t want there to be a God; I don’t want the universe to be like that.10 At least there is no pretense in such confessions. As Pascal wrote long ago, “Men despise religion. They hate it and are afraid it may be true.”11 In Huxley’s case there is no clearer confession of what Ludwig Feuerbach called “projection,” Friedrich Nietzsche called the “will to power,” Sigmund Freud called “rationalization,” Jean-Paul Sartre called “bad faith,” and the sociologists of knowledge call “ideology”—a set of intellectual ideas that serve as social weapons for his and his friends’ interests. Unwittingly, this scion of the Enlightenment pleads guilty on every count, but rather than viewing it as a confession, Huxley trumpets his position proudly as a manifesto. “For myself, no doubt, as for most of my contemporaries, the philosophy of meaninglessness was essentially an instrument of liberation.”12 Truth”
― Os Guinness, Fool's Talk: Recovering the Art of Christian Persuasion
0 likes

“In this very brief history of modern cosmological physics, the laws of quantum and relativistic physics represent things to be wondered at but widely accepted: just like biblical miracles. M-theory invokes something different: a prime mover, a begetter, a creative force that is everywhere and nowhere. This force cannot be identified by instruments or examined by comprehensible mathematical prediction, and yet it contains all possibilities. It incorporates omnipresence, omniscience and omnipotence, and it’s a big mystery. Remind you of Anybody?49”
― John C. Lennox, God and Stephen Hawking
0 likes

“The despicable modern resort to playing the victim card or charging one’s opponent with being “phobic” in one way or another was not for Paul. If”
― Os Guinness, Fool's Talk: Recovering the Art of Christian Persuasion
1 likes

Polls voted on by Christina