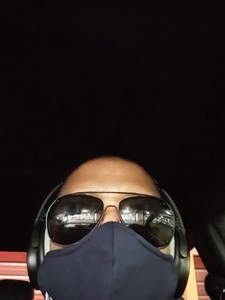 This will prevent Siya from sending you messages, friend request or from viewing your profile. They will not be notified. Comments on discussion boards from them will be hidden by default.
Sign in to Goodreads to learn more about Siya.

“About the only thing we can imagine
is catastrophe.”
― David Graeber, Debt: The First 5,000 Years
7 likes

“Words bend our thinking to infinite paths of self-delusion, and the fact that we spend most of our mental lives in brain mansions built of words means that we lack the objectivity necessary to see the terrible distortion of reality which language brings.”
― Dan Simmons, Hyperion
tags: language
132 likes

“Some people are only funny when they try to be serious.”
― Nassim Nicholas Taleb, The Bed of Procrustes: Philosophical and Practical Aphorisms
12 likes

“Since the Enlightenment, in the great tension between rationalism (how we would like things to be so they make sense to us) and empiricism (how things are), we have been blaming the world for not fitting the beds of “rational” models, have tried to change humans to fit technology, fudged our ethics to fit our needs for employment, asked economic life to fit the theories of economists, and asked human life to squeeze into some narrative.”
― Nassim Nicholas Taleb, The Bed of Procrustes: Philosophical and Practical Aphorisms
18 likes

“Here we come to the central question of this book: What, precisely,
does it mean to say that our sense of morality and justice is reduced to the language of a business deal? What does it mean when we reduce moral obligations to debts? What changes when the one turns into the other? And how do we speak about them when our language has been so shaped by the market? On one level the difference between an obligation and a debt is simple and obvious. A debt is the obligation to pay a certain sum of money. As a result, a debt, unlike any other form of obligation, can be precisely quantified. This allows debts to become simple, cold, and impersonal-which, in turn, allows them to be transferable. If one owes a favor, or one’s life, to another human being-it is owed to that person specifically. But if one owes forty thousand dollars at 12-percent interest, it doesn’t really matter who the creditor is; neither does either of the two parties have to think much about what the other party needs, wants, is capable of doing-as they certainly would if what was owed was a favor, or respect, or gratitude. One does not need to calculate the human effects; one need only calculate principal, balances, penalties, and rates of interest. If you end up having to abandon your home and wander in other provinces, if your daughter ends up in a mining camp working as a prostitute, well, that’s unfortunate, but incidental to the creditor. Money is money, and a deal’s a deal. From this perspective, the crucial factor, and a topic that will be explored at length in these pages, is money’s capacity to turn morality into a matter of impersonal arithmetic-and by doing so, to justify things that would otherwise seem outrageous or obscene. The factor of violence, which I have been emphasizing up until now, may appear secondary. The difference between a “debt” and a mere moral obligation is not the presence or absence of men with weapons who can enforce that obligation by seizing the debtor’s possessions or threatening to break his legs. It is simply that a creditor has the means to specify, numerically, exactly how much the debtor owes.”
― David Graeber, Debt: The First 5,000 Years
14 likes

Polls voted on by Siya