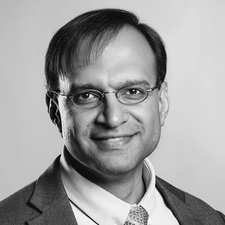 This will prevent Kohl from sending you messages, friend request or from viewing your profile. They will not be notified. Comments on discussion boards from them will be hidden by default.
Sign in to Goodreads to learn more about Kohl.

See all 4 books that Kohl is reading…

"I might ask the same of you," I replied.

"I'm thinking of calling a general strike of all writers until mankind finally comes to its senses. Would you support it?"

"Do writers have a right to strike? That would be like the police or the firemen walking out."

"Or the college professors."

"Or the college professors," I agreed. I shook my head. "No, I don't think my conscience would let me support a strike like that. When a man becomes a writer, I think he takes a sacred obligation to produce beauty and enlightenment and comfort at top speed."

"I just can't help thinking what a real shake up it would give people if, all of a sudden, there were no new books, new plays, new histories, new poems..."

"And how proud would you be when people started dying like flies?" I demanded.

"They'd die more like mad dogs, I think--snarling & snapping at each other & biting their own tails."

I turned to Castle the elder. "Sir, how does a man die when he's deprived of the consolation of literature?"

"In one of two ways," he said, "petrescence of the heart or atrophy of the nervous system."

"Neither one very pleasant, I expect," I suggested.

"No," said Castle the elder. "For the love of God, both of you, please keep writing!”
― Kurt Vonnegut, Cat's Cradle

“All that is gold does not glitter,
Not all those who wander are lost;
The old that is strong does not wither,
Deep roots are not reached by the frost.

From the ashes a fire shall be woken,
A light from the shadows shall spring;
Renewed shall be blade that was broken,
The crownless again shall be king.”
― J.R.R. Tolkien, The Fellowship of the Ring
tags: frost, glitter, gold, lost, poetry, roots, strength, strong, wander, wither
55966 likes

“I was stuck in Port Ticonderoga, proud bastion of the common-and-garden variety button and of lower-priced long johns for the budget-minded shoppers. I would stagnate here, nothing would ever happen to me, I would end up an old-maid like Miss Violence, pitied and derided. This at the bottom was my fear. I wanted to be elsewhere, but I saw no way to get there. Once in a while, I found myself hoping that I would be abducted by white slavers, even though I didn't believe in them. At least it would be a change...”
― Margaret Atwood, The Blind Assassin
6 likes

Polls voted on by Kohl