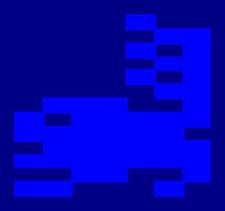 This will prevent Joseph from sending you messages, friend request or from viewing your profile. They will not be notified. Comments on discussion boards from them will be hidden by default.
Sign in to Goodreads to learn more about Joseph .

“...Jonathan is an old friend from Unstable."
Connolly frowns. "Does he have a magical power?"
"He doesn't need one." I take out my phone. "He's a librarian.”
― Kelley Armstrong, Cursed Luck

“But we are never alone. We bring with us the spirits of our ancestors. We are haunted by their demons and protected by their deities.”
― William Ritter
tags: ancestors, faith, family
1 likes

“Magic is just magic!” Jackaby threw up his hands. “It’s not inherently special or strange or dangerous! It’s everywhere! It’s already all around you! If just being magical meant that something was dangerous, you’d have long since been killed by a butterfly, or a bubble, or an apple turnover.” “Those things aren’t magical.” “Of course they’re magical! Argh! You infuriating man! If a unicorn came and sat in the corner of your office every day, then by the end of the year you’d be hanging your coat on its horn. There is magic in your life! Not appreciating it does not make it any less magical. Yes, some of that magic is dangerous, but so are scissors and electricity and politics—and plenty of other completely human inventions!”
― William Ritter, The Dire King
13 likes

“Fire is a powerful thing. It cleanses as it destroys- and it brings light to darkness.”
― Patricia Briggs, Burn Bright
tags: fire
5 likes

Romances where a Lead is a History Nerd

Polls voted on by Joseph