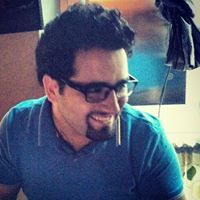 This will prevent Mahmoud from sending you messages, friend request or from viewing your profile. They will not be notified. Comments on discussion boards from them will be hidden by default.
Sign in to Goodreads to learn more about Mahmoud.

“This type of tax structure also minimises the opportunity for citizens to protest against their government. Direct taxes, in particular income tax, are viewed as the category of tax that gives citizens most proof that they are contributing to the public purse. In Arab countries, the majority of tax receipts are derived from indirect sales and customs taxes hidden in the price … These types of tax typically conceal the direct link between tax payments and funding of the public purse, thus weakening public pressure for accountability. At the same time, income tax revenue is negligible and tax evasion is on the rise, particularly among influential social groups, which, in principle, should shoulder the greatest burden in funding the public purse, if only as fair return for their greater share of power and wealth. Moreover, in Arab countries, the share of direct taxes appears to have dropped over time, as a result of increasing resort to indirect taxes.”
― Brian Whitaker, What's Really Wrong with the Middle East
0 likes

“If we have data, let’s look at data. If all we have are opinions, let’s go with mine.”
― Jim Barksdale
tags: data, fact, opinion
61 likes

“Happiness is nothing more than good health and a bad memory.”
― Albert Schweitzer
tags: humour
215 likes

“All is fair in love and war”
― William Shakespeare
29 likes

“I think that everything he did, feeding the poor, giving money to friends in need, it was all a way of redeeming himself. And that, I believe, is what true redemption is, Amir jan, when guilt leads to good.”
― Khaled Hosseini, The Kite Runner
80 likes

Polls voted on by Mahmoud