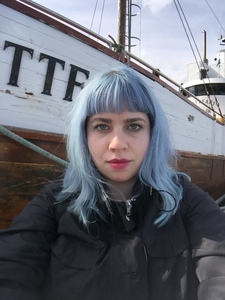 This will prevent Diana from sending you messages, friend request or from viewing your profile. They will not be notified. Comments on discussion boards from them will be hidden by default.
Sign in to Goodreads to learn more about Diana.

Diana is currently reading
The Image of You: I thought I knew you. But you're a liar.
by Adele Parks (Goodreads Author)
bookshelves: currently-reading

Diana is currently reading
Your Duck Is My Duck: Stories
by Deborah Eisenberg
bookshelves: currently-reading

Very Short Stories: 300 Bite-Size Works of Fiction by Sean Hill
2 highlights
Vern put on his tap shoes. He danced, having just finished his memoir. Suddenly, he stopped, wondering if he should include the dancing.
See Diana’s 6 books with notes and highlights…

“It took me years to learn to sit at my desk for more than two minutes at a time, to put up with the solitude and the terror of failure, and the godawful silence and the white paper. And now that I can take it . . . now that I can finally do it . . . I'm really raring to go.

I was in my study writing. I was learning how to go down into myself and salvage bits and pieces of the past. I was learning how to sneak up on the unconscious and how to catch my seemingly random thoughts and fantasies. By closing me out of his world, Bennett had opened all sorts of worlds inside my own head. Gradually I began to realize that none of the subjects I wrote poems about engaged my deepest feelings, that there was a great chasm between what I cared about and what I wrote about. Why? What was I afraid of? Myself, most of all, it seemed.

"Freedom is an illusion," Bennett would have said and, in a way, I too would have agreed. Sanity, moderation, hard work, stability . . . I believed in them too. But what was that other voice inside of me which kept urging me on toward zipless fucks, and speeding cars and endless wet kisses and guts full of danger? What was that other voice which kept calling me coward! and egging me on to burn my bridges, to swallow the poison in one gulp instead of drop by drop, to go down into the bottom of my fear and see if I could pull myself up? Was it a voice? Or was it a thump? Something even more primitive than speech. A kind of pounding in my gut which I had nicknamed my "hunger-thump." It was as if my stomach thought of itself as a heart. And no matter how I filled it—with men, with books, with food—it refused to be still. Unfillable—that's what I was. Nymphomania of the brain. Starvation of the heart.”
― Erica Jong, Fear of Flying
tags: art, feminism, insecurity, thoughts, writing
156 likes

“I missed him. Love, I realized, was something your spine memorized. There was nothing you could do about that.”
― Lorrie Moore, Anagrams
84 likes

“His face contained for me all possibilities of fierceness and sweetness, pride and submissiveness, violence, self-containment. I never saw more in it than I had when I saw it first, because I saw everything then. The whole thing in him that I was going to love, and never catch or explain.”
― Alice Munro, Lives of Girls and Women
tags: first-impressions, love
84 likes

David Sedaris
author of: Me Talk Pretty One Day

A.J. Jacobs
author of: The Year of Living Biblically: One Man's Humble Quest to Follow the Bible as ...

Susan Shapiro
author of: Five Men Who Broke My Heart: A Memoir

Anne Lamott
author of: Bird by Bird: Some Instructions on Writing and Life

Polls voted on by Diana