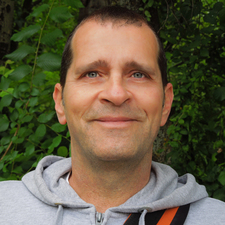 This will prevent Daniel Mihai from sending you messages, friend request or from viewing your profile. They will not be notified. Comments on discussion boards from them will be hidden by default.
Sign in to Goodreads to learn more about Daniel Mihai.

“Read, read, read. Read everything -- trash, classics, good and bad, and see how they do it. Just like a carpenter who works as an apprentice and studies the master. Read! You'll absorb it.
Then write. If it's good, you'll find out. If it's not, throw it out of the window.”
― William Faulkner
tags: reading, writing
6817 likes

“Unfortunately, there’s still a market for rubbish. I picked up a recently written fantasy book at the weekend, and one character said of another: ‘He will grow wroth.’ Oh, my God. And the phrase was in a page of similar jaw-breaking, mock-archaic narrative. Belike, i’faith . . . this is the language we use to turn high fantasy into third-rate romantic literature. ‘Yonder lies the palace of my fodder, the king.’ That’s not fantasy – that’s just Tolkien reheated until the magic boils away.”
― Terry Pratchett, A Slip of the Keyboard: Collected Non-fiction
1 likes

“You get work however you get work, but people keep working in a freelance world (and more and more of todays world is freelance), because their work is good, because they are easy to get along with and because they deliver the work on time. And you don’t even need all three! Two out of three is fine. People will tolerate how unpleasant you are if your work is good and you deliver it on time. People will forgive the lateness of your work if it is good and they like you. And you don’t have to be as good as everyone else if you’re on time and it’s always a pleasure to hear from you.”
― Neil Gaiman
tags: attitude, humor, work
53 likes

Adriana Popovici
author of: Ashes of the Past

Polls voted on by Daniel Mihai