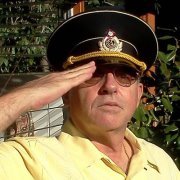 This will prevent Rick from sending you messages, friend request or from viewing your profile. They will not be notified. Comments on discussion boards from them will be hidden by default.
Sign in to Goodreads to learn more about Rick.

“We drove 22 miles into the country around Farmington. There were meadows and apple orchards. White fences trailed through the rolling fields. Soon the sign started appearing. THE MOST PHOTOGRAPHED BARN IN AMERICA. We counted five signs before we reached the site. There were 40 cars and a tour bus in the makeshift lot. We walked along a cowpath to the slightly elevated spot set aside for viewing and photographing. All the people had cameras; some had tripods, telephoto lenses, filter kits. A man in a booth sold postcards and slides -- pictures of the barn taken from the elevated spot. We stood near a grove of trees and watched the photographers. Murray maintained a prolonged silence, occasionally scrawling some notes in a little book.

"No one sees the barn," he said finally.

"Once you've seen the signs about the barn, it becomes impossible to see the barn."

He fell silent once more. People with cameras left the elevated site, replaced by others.

We're not here to capture an image, we're here to maintain one. Every photograph reinforces the aura. Can you feel it, Jack? An accumulation of nameless energies."

There was an extended silence. The man in the booth sold postcards and slides.

"Being here is a kind of spiritual surrender. We see only what the others see. The thousands who were here in the past, those who will come in the future. We've agreed to be part of a collective perception. It literally colors our vision. A religious experience in a way, like all tourism."

“So much of what we call management consists in making it difficult for people to work.”
― Peter Drucker
53 likes

“The divorce between Church and State ought to be absolute. It ought to be so absolute that no Church property anywhere, in any state or in the nation, should be exempt from equal taxation; for if you exempt the property of any church organization, to that extent you impose a tax upon the whole community.”
― James A. Garfield
tags: separation-of-church-and-state, us-president
66 likes

Polls voted on by Rick