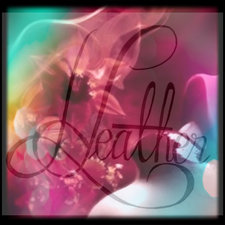 Heather is currently reading
What the Frack? (The ABCs of Spellcraft #7)
by Jordan Castillo Price (Goodreads Author)
bookshelves: currently-reading

See all 22 books that Heather is reading…

“Time flows in the same way for all human beings; every human being flows through time in a different way.”
― Yasunari Kawabata
1624 likes

“There are some works so luminous...so powerful that they give us strength, and force us to new undertakings. A book can play this role.”
― Hervé Le Tellier
1393 likes

“Buy an atlas and keep it by the bed—remember you can go anywhere.”
― Joanna Lumley
988 likes

“Furi leaned in, not quite coming into contact with Syn’s cheek and told him, “I gotta get to work.”

Syn didn’t want him to go. He looked so beautiful, smelled so good. He needed to talk to him, maybe ask if Furi was seeing someone. “I have to go back to work too, but can I give you a ride home after your shift?” Syn had never felt so exposed. After he’d asked the question he immediately wanted to take it back. He’d never liked putting himself out there but this was what he needed to work on. He’d never get anywhere if he didn’t at least try. Furi stepped in closer to him and Syn fought his reflex to take a step back. Furi grabbed his wrist and moved him quickly through the customers waiting for the bathrooms and pushed open the back door that led to the parking lot.

Syn quickly took in his surroundings before focusing back on Furi.

“What’s wrong, why’d you bring me back here?”

“What’s your angle, Detective? Why are you lingering around my job and offering me rides, huh?” Furi forced those questions through gritted teeth.

“Why are you angry? It’s just a ride. I was trying to be nice,” Syn said with little conviction, while avoiding answering Furi’s questions. He didn’t have an angle and he wasn’t sure why he was drawn to him. He just wanted to be around this guy, if for nothing else then to at least be friends.”
― A. E. Via

R.J. Scott
author of: The Heart of Texas