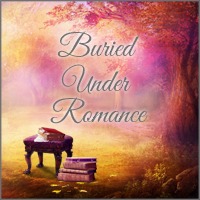 Mary - Buried Under Romance is currently reading
Once Upon A Wallflower
by Wendy Lyn Watson (Goodreads Author)
bookshelves: currently-reading

See all 52 books that Mary - Buried Under Romance is reading…

“It is very difficult to develop a proper sense of self-esteem in a dysfunctional family. Having very little self-worth, looking at one’s own character defects becomes so overwhelming there is no room for inward focus. People so afflicted think: “I need to keep you from knowing me. I have already rejected me, but if you knew how flawed I am, you would also reject me…and since this is all I have, I could not stand any more rejection. I am not worthy of someone understanding me so you will not get the chance...so I must judge, reject, attack, and/or find fault with you. I don’t accept me so how can I accept you?”
― David W. Earle LPC- Love is Not Enough
tags: acceptence, dysfunction, dysfunctional-families, dysfunctional-relationship, love, love-hurts, self-esteem, self-help
20 likes

“I-I’m not making advances,” she told him as she flattened herself against his chest. “You’re just an available s-source of heat.”

“So you say,” St. Vincent replied lazily, tucking the quilt more tightly around them both.

“However, during the past quarter hour you’ve been fondling parts of my anatomy that no one’s ever dared to touch before.”

“I v-very much doubt that.” She burrowed even further into the depths of his coat, and added in a muffled voice, “You’ve probably been h-handled more than a hamper at Fortnum and Mason.”
― Lisa Kleypas, Devil in Winter

“...that melancholy which we feel when we cease to obey orders which, from one day to another, keep the future hidden, and realise that we have at last begun to live in real earnest, as a grown-up person, the life, the only life that any of us has at his disposal.”
― Marcel Proust, Sodom and Gomorrah
16 likes

“Having never had dealings with Bow Street, Lady Fieldhurst was not quite certain what to expect: perhaps a stout fellow past his prime, befuddled with sleep or spirits, with a bulbous red nose—the same sort as might be found in any number of watchmen’s boxes across the metropolis. The individual who entered the room in [the footman's] wake, however, was very nearly her own age. To be sure, his nose was somewhat crooked, as if it had been broken at some point, but it was far from bulbous, and it was certainly not red. He was quite tall, almost gangly, with curling brown hair tied at the nape of his neck in an outmoded queue. He wore an unfashionably shallow-crowned hat and a black swallow-tailed coat of good cloth but indifferent cut; indeed, his only claim to fashion lay in the quizzing glass which hung round his neck from a black ribbon, and which he now raised, the resulting magnification revealing his eyes to be a warm brown. Julia might have been much reassured as to his competence, had it not been for the fact that his mouth hung open as from a rusty hinge.”
― Sheri Cobb South, In Milady's Chamber
tags: bow-streeet-runners, first-impressions, regency
3 likes

J.K. Coi
author of: In Bed with the Competition

Polls voted on by Mary - Buried Under Romance