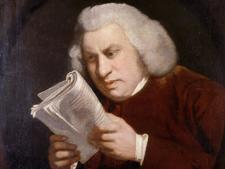 See all 20 books that Elizabeth is reading…

“For being human holds a special grief Of privacy within the universe That yearns and waits to be retouched By someone who can take away The memory of death.”
― Anonymous, Gilgamesh: A Verse Narrative
4 likes

“This was the wrong way because - because it wasn't the right way.”
― Michelle Paver, Wolf Brother
9 likes

“Our genus, Homo, arose two and a half million years ago, and for more than ninety-nine percent of human existence, we all lived like Onwas, in small bands of nomadic hunter-gatherers. Though the groups may have been tight-knit and communal, nearly everyone, anthropologists conjecture, spent significant parts of their lives surrounded by quiet, either alone or with a few others, foraging for edible plants and stalking prey in the wild. This is who we truly are. The agricultural revolution began twelve thousand years ago, in the Fertile Crescent of the Middle East, and the planet was swiftly reorganized into villages and cities and nations, and soon the average person spent virtually no time alone at all. To a thin but steady stream of people, this was unacceptable, so they escaped. Recorded history extends back five thousand years, and for as long as humans have been writing, we have been writing about hermits. It’s a primal fascination. Chinese texts etched on animal bones, as well as the clay tablets containing the Epic of Gilgamesh, a poem from Mesopotamia dating to around 2000 B.C., refer to shamans or wild men residing alone in the woods. People”
― Michael Finkel, The Stranger in the Woods: The Extraordinary Story of the Last True Hermit
4 likes

“The Kon-Tiki expedition opened my eyes to what the ocean really is. It is a conveyor and not an isolator.”
― Thor Heyerdahl, Kon-Tiki: Across the Pacific by Raft
6 likes

“The world is a cruel place sometimes, and warm-hearted people do most of the good in it. And much of the time, they're mocked and scorned for their pains.”
― Philip Pullman, Clockwork
1 likes

Elizabeth hasn't connected with their friends on Goodreads, yet.