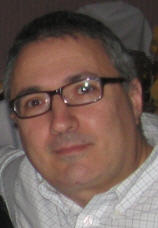 This will prevent Liviu from sending you messages, friend request or from viewing your profile. They will not be notified. Comments on discussion boards from them will be hidden by default.
Sign in to Goodreads to learn more about Liviu.

See all 144 books that Liviu is reading…

“ 'A fine story', said Asterinov ....
'Six months in prison, that tale,' said Sergei.
'Was it the witch?', I asked 'I never know where the Party stands on issues of the supernatural...'
.....
'It was, - understand, I do not know for sure, I heard this at second or third hand - it was the walk through the forest. Apparently I was just too convincing in the representation of a poor man's yearning for money...' ”
― Adam Roberts, Yellow Blue Tibia

“A realist writer might break his protagonist's leg, or kill his fiancee; but a science fiction writer will immolate whole planets, and whilst doing so he will be more concerned with the placement of commas than the screams of the dying.”
― Adam Roberts, Yellow Blue Tibia
tags: humor, sf
31 likes

“There was nothing worse, Veppers thought, than a loser who’d made it. It was just part of the way things worked – part of the complexity of life, he supposed – that sometimes somebody who absolutely deserved nothing more than to be one of the down-trodden, the oppressed, the dregs of society, lucked out into a position of wealth, power and admiration.
At least people who were natural winners knew how to carry themselves in their pomp, whether their ascendancy had come through the luck of being born rich and powerful or the luck of being born ambitious and capable. Losers who’d made it always let the side down. Veppers was all for arrogance – he possessed the quality in full measure himself, as he’d often been informed – but it had to be deserved, you had to have worked for it. Or at the very least, an ancestor had to have worked for it.
Arrogance without cause, arrogance without achievement – or that mistook sheer luck for true achievement – was an abomination. Losers made everybody look bad. Worse, they made the whole thing – the great game that was life – appear arbitrary, almost meaningless. Their only use, Veppers had long since decided, was as examples to be held up to those who complained about their lack of status or money or control over their lives: look, if this idiot can achieve something, so can anybody, so can you. So stop whining about being exploited and work harder.
Still, at least individual losers were quite obviously statistical freaks. You could allow for that, you could tolerate that, albeit with gritted teeth. What he would not have believed was that you could find an entire society – an entire civilization– of losers who’d made it.”
― Iain M. Banks, Surface Detail

Most anticipated adult fantasy debuts of 2017

Polls voted on by Liviu