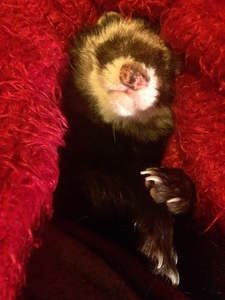 This will prevent Nannah from sending you messages, friend request or from viewing your profile. They will not be notified. Comments on discussion boards from them will be hidden by default.
Sign in to Goodreads to learn more about Nannah.

Nannah is currently reading
One Jump at a Time: My Story
by Nathan Chen
bookshelves: currently-reading

Nannah is currently reading
She Who Became the Sun (The Radiant Emperor, #1)
by Shelley Parker-Chan (Goodreads Author)
bookshelves: currently-reading

Nannah is currently reading
Steering the Craft: Exercises and Discussions on Story Writing for the Lone Navigator or the Mutinous Crew
by Ursula K. Le Guin
bookshelves: currently-reading

See all 7 books that Nannah is reading…

“Look at all the Eastern writers who've written great Western literature. Kazuo Ishiguro. You'd never guess that The Remains of the Day or Never Let Me Go were written by a Japanese guy. But I can't think of anyone who's ever done the reverse-- any Westerner who's written great Eastern literature. Well, maybe if we count Lawrence Durrell - does the Alexandria Quartet qualify as Eastern literature?"
"There is a very simple test," said Vikram. "Is it about bored, tired people having sex?"
"Yes," said the convert, surprised.
"Then it's western.”
― G. Willow Wilson, Alif the Unseen

“Isn't it odd how much fatter a book gets when you've read it several times?" Mo had said..."As if something were left between the pages every time you read it. Feelings, thoughts, sounds, smells...and then, when you look at the book again many years later, you find yourself there, too, a slightly younger self, slightly different, as if the book had preserved you like a pressed flower...both strange and familiar.”
― Cornelia Funke, Inkspell
tags: books, feelings, reading, thoughts
4105 likes

“Love does not consist of gazing at each other, but in looking outward together in the same direction.”
― Antoine de Saint-Exupéry, Airman's Odyssey
tags: love
6069 likes

Polls voted on by Nannah