This will prevent Stacey is Sassy from sending you messages, friend request or from viewing your profile. They will not be notified. Comments on discussion boards from them will be hidden by default.
Sign in to Goodreads to learn more about Stacey is Sassy.

Stacey is Sassy is Currently Reading

Stacey is Sassy said: " I smiled when his knife hit its mark…

You might not believe this, but I have read another AMAZING STORY!!! How do I genuinely convince you that THIS was the best book I’ve read when I’ve said that about nearly all the books I’ve read…in the LAST MONTH

I smiled when his knife hit its mark…

You might not believe this, but I have read another AMAZING STORY!!! How do I genuinely convince you that THIS was the best book I’ve read when I’ve said that about nearly all the books I’ve read…in the LAST MONTH!! It's like authors got together for a convention and decided to release their best work over the last month. Thank you, but, geez, couldn't you spread it out a bit? Or, thank you, could you keep this going?

I know my credibility must seem questionable but I am legit telling you that THIS story was splendiferously, amazingly, awesomely, HISTORICAL ROMANCE NIRVANA. Well, nirvana in a Kerrigan Byrne historical romance kind of way.

Seriously, this author writes for me. OK, she doesn’t literally write for me, it just seems that way. Her heroines have struggled but still manage to have a strength that I couldn’t help but admire. The storylines grab my attention and keep it enthralled until the last page is turned. The settings are described in a way that comes to life for me. There’s this grittiness that can sometimes bring a tear to your eye, but there’s a reality to it, that it probably could have happened back in the day. But, the best part, Kerrigan Byrne creates the most amazing heroes. Strong, tortured, gruff and growly men who have seen the worse life has to offer but find a light in the women they love.

A few times while reading I had to put my Kindle down to absorb the giddy feeling of reading a superb book. You know that feeling when you finally find out a secret you’ve been dying to know? Well, I did the goofy smile of satisfaction when things finally became clear. It’s not like I start each book in the Victorian Rebels series hoping to finally find out the secret. When things came to light in The Duke with the Dragon Tattoo, I was gobsmacked. I got answers to questions I didn’t even know were questions. It just buffed up the diamond to sparkle even more. How cool is that?

As you might have noticed, I don’t share quotes in my reviews. Mostly, because I’m too lazy to check on the final copy to make sure they’re accurate. In this case, I really don’t want to share the best parts. You have got to experience this story yourself. Sure, I’m going to share that it’s good, but I want you to meet the characters, live through their heartbreak, share their highs and lows. I don’t want you to brace for the bad parts or recognise the funny one-liners you’ve seen before. I know that quotes have a great place in reviews, but I really think you would enjoy this one with fresh eyes…just my opinion.

Am I a bad person that I smiled at some of the violence? Sure, it couldn't have happened to a better person, but, you know, I tell my children that violence is bad. For a gritty read, there were some very funny scenes that had me cackling and reading them aloud to hubby and even he was chuckling. That is a BIG DEAL!! He normally gives me that fake smile, you are so weird face. So, it’s funny, but it’s also heart-poundingly emotional, extremely sexy and chock block full of action and adventure.

Yeah, I know I’ve said it before but THIS is Kerrigan Byrne’s best work by far. If you haven't started this series, you must start at the very beginning. Honestly, I don’t think you will enjoy this story half as much if you haven’t read the other books in the Victorian Rebels series. You probably could read it as a standalone, but I think you would enjoy the experience more having read the other books.

The Duke with the Dragon Tattoo does not shy away from violence, keeps to the realities of the time and you can bet your bottom dollar that you won’t be sighing in romantic bliss for a wee while of the story. This is what makes Kerrigan Byrne’s books so entertaining. You, along with the hero and heroine, have to earn your HEA, happy, giddy…The hills are alive… feelings. But, geez, it’s SOOOOOOO worth it.

Stacey is Sassy, received an advanced copy of this story. The copy provided is not the final copy and may be subject to edits and changes. 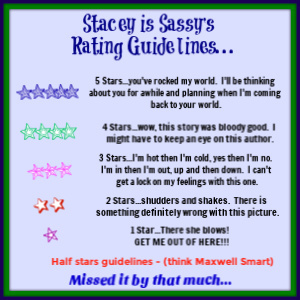 “From the very beginning— from the first moment, I may almost say— of my acquaintance with you, your manners, impressing me with the fullest belief of your arrogance, your conceit, and your selfish disdain of the feelings of others, were such as to form the groundwork of disapprobation on which succeeding events have built so immovable a dislike; and I had not known you a month before I felt that you were the last man in the world whom I could ever be prevailed on to marry.”
― Jane Austen, Pride and Prejudice
tags: antipathy
1656 likes

“Brad (Lauren's ex) ignored Hayley (she's Brad's ex girlfriend) and looked at me, he did a top to toe and back again then his gaze moved to Tate.
"I'm here to tell you I'm suing you," he announced.
Jim-Billy, Nadine, Steg, Wing and my eyes moved to Tate.
Tate stared at Brad then he said, "Come again?"
"I'm suing you," Brad repeated.
"For what?" Tate asked.
"Alienation of affection," Brad answered.
Without hesitation, Tate threw his head back and burst out laughing.
Then he looked at me and remarked, "You're right, babe, this is fun."
Ignoring Tate's comment, Brad declared, "You stole my wife."
Tate looked back at Brad. "Yeah, bud, I did."
Brad pointed at Tate and his voice was raised when he proclaimed, "See? You admit it." He threw his arm out. "I have witnesses."
"Not that any judge'll hear your case, seein' as Lauren divorced your ass before I alienated her affection, but you manage it, I'll pay the fine. In the meantime, I'll keep alienating her affection. You should know, and feel free to share it with your lawyers," Tate continued magnanimously, "schedule's comin' out mornin' and night. Usually, in the mornin', she sucks me off or I make her come in the shower. Night, man…shit, that's even better. Definitely worth the fine."
Sorry, it's just too long; I have to cut it off. But it continues…like that:
"This is the good life?" (Brad)
"Part of it," Tate replied instantly, taking his fists from the bar, leaning into his forearms and asking softly, in a tone meant both to challenge and provoke, "She ever ignite, lose so much control she'd attack you? Climb on top and fuck you so hard she can't breathe?"
I watched Brad suffer that blow because I hadn't, not even close. We'd had good sex but not that good and Brad was extremely proud of his sexual prowess. He was convinced he was the best. And he knew, with Tate's words, he was wrong.
"Jesus, you're disgusting," Brad muttered, calling up revulsion to save face.
"She does that to me," Tate continued.
"Fuck off," Brad snapped.
"All the fuckin' time," Tate pushed.
"Fuck off," Brad repeated.
"It's fuckin' magnificent," Tate declared.
"Thanks, honey," I whispered and grinned at him when his eyes came to me.
I was actually expressing gratitude, although embarrassed by his conversation, but I was also kind of joking to get in Brad's face.
Tate wasn't. His expression was serious when he said, "You are, Ace. Fuckin' magnificent.”
― Kristen Ashley, Sweet Dreams

I've decided that of all the women I've ever known, you are the only one I will ever love more than hunting, fishing, football, and power tools.

You may not know this, but the other time I asked you to marry me, the night I put the crib together, I meant it. Even though I knew you weren't ready.
God, I hope you're ready now.

Marry me, Ella. Because no matter where you go or what you do, I'll love you every day for the rest of my life.

“<…>When I was done speaking I felt his body had gone still again, stone still.
And silent.
Then he asked quietly, "Nightmare?"
"Nightmare," I replied firmly.
Ty didn't move.
By a miracle, I held it together.
Then he moved but it was to rest his chin on my shoulder and I closed my eyes because I needed him to go, go, go so I could fall apart again on my own.
Then he said, "Your nightmare, mama, was my dream."
My heart clenched.
He kept going. "Never had a home until you gave me one."
My breath started sticking.
"Never had anyone give to me the way you gave to me."
My breath stopped sticking and clogged.
"Never thought of findin' a woman who I wanted to have my baby."
Oh God.
"Never had light in my life, never, not once, I lived wild but I didn't burn bright until you shined your light on me."
Oh God.
"Whacked, fuckin' insane, but, at night, you curled in front of me, didn't mind I did that time that wasn't mine 'cause it meant I walked out to you."
He had to stop. He had to.
He didn't.
"Your nightmare," he whispered, turned his head and against my neck he finished, "my dream."<…>”
― Kristen Ashley, Lady Luck

“It is a truth universally acknowledged, that a single man in possession of a good fortune, must be in want of a wife.”
― Jane Austen, Pride and Prejudice
tags: husband, marriage, opening-lines, wife
6991 likes


More of Stacey is Sassy’s quotes…

Stacey is Sassy’s Year In Books

People Stacey is Sassy is Following

Kerrigan Byrne
author of: The Highwayman

Sarina Bowen
author of: Him
More…

Polls voted on by Stacey is Sassy

Lists liked by Stacey is Sassy