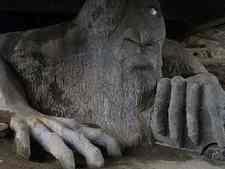 This will prevent Dale from sending you messages, friend request or from viewing your profile. They will not be notified. Comments on discussion boards from them will be hidden by default.
Sign in to Goodreads to learn more about Dale.

See all 4 books that Dale is reading…

“I thought of an old poker players’ expression: If you look around the table and can’t spot the sucker, the sucker is you.”
― Barry Eisler, A Lonely Resurrection
6 likes

“One cannot, at once, claim to be superhuman and then plead mortal error. I propose to take our countrymen’s claims of American exceptionalism seriously, which is to say I propose subjecting our country to an exceptional moral standard.”
― Ta-Nehisi Coates, Between the World and Me
167 likes

“Being called a traitor by Dick Cheney is the﻿ highest honor you can give to an American.”
― Edward Snowden
tags: dick-cheney, edward-snowden, leaking, leaks, snowden, traitor, whistleblower, whistleblowing
37 likes

“By 2005, Monsanto had filed ninety lawsuits against U.S. farmers for patent infringement, meaning GM genes found in the fields of farmers that had not paid for the right, and Monsanto had been awarded over $15 million. I’ll tell you here and now: We have a screwed-up justice system. These lawsuits and seeds are nothing less than corporate extortion of American farmers, said Andrew Kimbrell, director of the Center for Food Safety, as reported in the Seed Savers Summer Edition 2005.”
― Janisse Ray, The Seed Underground: A Growing Revolution to Save Food
2 likes

Polls voted on by Dale