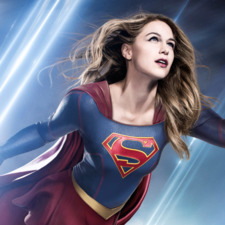 This will prevent Kara from sending you messages, friend request or from viewing your profile. They will not be notified. Comments on discussion boards from them will be hidden by default.
Sign in to Goodreads to learn more about Kara.

“I stuck a barette with a silver star into my black hair. If I was going to be popping my head in and out of bars like a wife who was looking for her husband who had just got paid and was squandering all the money, at least I was going to look unbelievably fantastic while I was doing it.”
― Heather O'Neill, The Girl Who Was Saturday Night
0 likes

“True, I am drunk, and small, and damp, but mistake not my moistness for weakness, although there's an argument to be made for that, as well.”
― Christopher Moore, The Serpent of Venice
7 likes

“… it had almost nothing to do with computers, the modernity I was trying to understand. Computers were the bones, but imagination,ambition and possibility were the blood. These kids, they simply did not accept that the world as it is has any special gravity, any hold upon us. If something was wrong, if it was bad, then that something was to be fixed, not endured. Where my generation reached for philosophy and the virtue of suffering, they reached instead for science and technology and they actually did something about the beggar in the street, the woman in the wheelchair. They got on with it. It wasn’t that they had no sense of spirit or depth. Rather they reserved it for the truly wondrous, and for everything else they made tools.”
― Nick Harkaway, Gnomon
3 likes

“Oh, we had a lot of sex back then in Montreal; it wasn’t just me. Blame it on the cold. The roses in everyone’s cheeks made them seem way more appealing than they actually were. We confused the indoors with intimacy and electric heating with connection.”
― Heather O'Neill, The Girl Who Was Saturday Night
tags: montreal, sex
15 likes

“Shylock repointed his twitching, accusatory digit at his daughter. “You do not say such things in my house. You—you—you—you—” “Run along, love, it appears that Papa’s been stricken with an apoplexy of the second person.”
― Christopher Moore, The Serpent of Venice
8 likes


Polls voted on by Kara