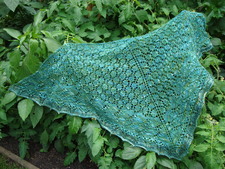 This will prevent Humbledaisy from sending you messages, friend request or from viewing your profile. They will not be notified. Comments on discussion boards from them will be hidden by default.
Sign in to Goodreads to learn more about Humbledaisy.

Humbledaisy is currently reading
This That: 10 Knits to Keep you Warm Cozy
by Pam Allen
bookshelves: book-challenge-2020, currently-reading

See all 20 books that Humbledaisy is reading…

Crashing the A-List by Summer Heacock
1 highlight
Every time I think I’ve seen all seven circles of Hell, a new circle appears and Satan says, “Hold my beer.”

“He said, “I know somebody you could kiss.”
“Who?” She realized his eyes were amused. “Oh, wait.”
He shrugged. He was maybe the only person Blue knew who could preserve the integrity of a shrug while lying down. “It’s not like you’re going to kill me. I mean, if you were curious.”
She hadn’t thought she was curious. It hadn’t been an option, after all. Not being able to kiss someone was a lot like being poor. She tried not to dwell on the things she couldn’t have.
But now—
“Okay,” she said.
“What?”
“I said okay.”
He blushed. Or rather, because he was dead, he became normal colored. “Uh.” He propped himself on an elbow. “Well.” She unburied her face from the pillow. “Just, like—”
He leaned toward her. Blue felt a thrill for a half a second. No, more like a quarter second. Because after that she felt the too-firm pucker of his tense lips. His mouth mashed her lips until it met teeth. The entire thing was at once slimy and ticklish and hilarious.
They both gasped an embarrassed laugh. Noah said, “Bah!” Blue considered wiping her mouth, but felt that would be rude. It was all fairly underwhelming.
She said, “Well.”
“Wait,” Noah replied, “waitwaitwait.” He pulled one of Blue’s hairs out of his mouth. “I wasn’t ready.”
He shook out his hands as if Blue’s lips were a sporting event and cramping was a very real possibility.
“Go,” Blue said.
This time they only got within a breath of each other’s lips when they both began to laugh. She closed the distance and was rewarded with another kiss that felt a lot like kissing a dishwasher.
“I’m doing something wrong?” she suggested.
“Sometimes it’s better with tongue,” he replied dubiously.
They regarded each other.
Blue squinted, “Are you sure you’ve done this before?”
“Hey!” he protested. “It’s weird for me, ‘cause it’s you.”
“Well, it’s weird for me because it’s you.”
“We can stop.”
“Maybe we should.”
Noah pushed himself up farther on his elbow and gazed at the ceiling vaguely. Finally, he dropped his eyes back to her. “You’ve seen, like, movies. Of kisses, right? Your lips need to be, like, wanting to be kissed.”
Blue touched her mouth. “What are they doing now?”
“Like, bracing themselves.”
She pursed and unpursed her lips. She saw his point.
“So imagine one of those,” Noah suggested.
She sighed and sifted through her memories until she found one that would do. It wasn’t a movie kiss, however. It was the kiss the dreaming tree had showed her in Cabeswater. Her first and only kiss with Gansey, right before he died. She thought about his nice mouth when he smiled. About his pleasant eyes when he laughed. She closed her eyes.
Placing an elbow on the other side of her head, Noah leaned close and kissed her once more. This time, it was more of a thought than a feeling, a soft heat that began at her mouth and unfurled through the rest of her. One of his cold hands slid behind her neck and he kissed her again, lips parted. It was not just a touch, an action. It was a simplification of both of them: They were no longer Noah Czerny and Blue Sargent. They were now just him and her. Not even that. They were only the time that they held between them.”
― Maggie Stiefvater, The Dream Thieves

Debbie Macomber
author of: The Shop on Blossom Street

Heather Lende
author of: If You Lived Here, I'd Know Your Name: News from Small-Town Alaska
More…

Polls voted on by Humbledaisy