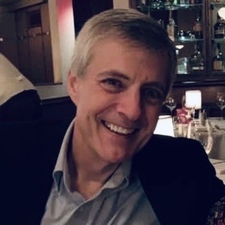 This will prevent Bob from sending you messages, friend request or from viewing your profile. They will not be notified. Comments on discussion boards from them will be hidden by default.
Sign in to Goodreads to learn more about Bob.

“Maycomb was a tired old town, even in 1932 when I first knew it. Somehow, it was hotter then. Men's stiff collars wilted by nine in the morning. Ladies bathed before noon after their three o'clock naps. And by nightfall were like soft teacakes with frosting from sweating and sweet talcum. The day was twenty-four hours long, but it seemed longer. There's no hurry, for there's nowhere to go and nothing to buy...and no money to buy it with.”
― Harper Lee, To Kill a Mockingbird
tags: heat, small-town, south, summer
98 likes

“It was a movie about American bombers in World War II and the gallant men who flew them. Seen backwards by Billy, the story went like this: American planes, full of holes and wounded men and corpses took off backwards from an airfield in England. Over France, a few German fighter planes flew at them backwards, sucked bullets and shell fragments from some of the planes and crewmen. They did the same for wrecked American bombers on the ground, and those planes flew up backwards to join the formation.

The formation flew backwards over a German city that was in flames. The bombers opened their bomb bay doors, exerted a miraculous magnetism which shrunk the fires, gathered them into cylindrical steel containers , and lifted the containers into the bellies of the planes. The containers were stored neatly in racks. The Germans below had miraculous devices of their own, which were long steel tubes. They used them to suck more fragments from the crewmen and planes. But there were still a few wounded Americans though and some of the bombers were in bad repair. Over France though, German fighters came up again, made everything and everybody as good as new.

When the bombers got back to their base, the steel cylinders were taken from the racks and shipped back to the United States of America, where factories were operating night and day, dismantling the cylinders, separating the dangerous contents into minerals. Touchingly, it was mainly women who did this work. The minerals were then shipped to specialists in remote areas. It was their business to put them into the ground, to hide them cleverly, so they would never hurt anybody ever again.”
― Kurt Vonnegut, Slaughterhouse-Five
480 likes

“This was a new recognition that perfection is admirable but a trifle inhuman, and that a stumbling kind of semi-success can be much more warming. Most of all, perhaps, these exultant yells for the Mets were also yells for ourselves, and came from a wry, half-understood recognition that there is more Met than Yankee in every one of us. I knew for whom that foghorn blew; it blew for me.”
― Roger Angell, The Summer Game
tags: baseball
8 likes

Polls voted on by Bob