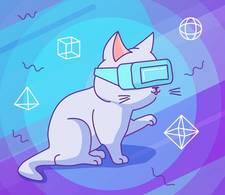 This will prevent Matej from sending you messages, friend request or from viewing your profile. They will not be notified. Comments on discussion boards from them will be hidden by default.
Sign in to Goodreads to learn more about Matej.

Matej yangwao is currently reading
The Medium is the Message
by Marshall McLuhan
bookshelves: currently-reading

How to Live: 27 conflicting answers and one weird conclusion by Derek Sivers
167 highlights
The only way to be deeply happy is to break all dependencies.

“Is there another way to judge potential? NASA thought so. When they were soliciting applications for astronauts, they rejected people with pure histories of success and instead selected people who had had significant failures and bounced back from them. Jack Welch, the celebrated CEO of General Electric, chose executives on the basis of “runway,” their capacity for growth. And remember Marina Semyonova, the famed ballet teacher, who chose the students who were energized by criticism. They were all rejecting the idea of fixed ability and selecting instead for mindset.”
― Carol S. Dweck, Mindset: The New Psychology Of Success
0 likes

“publishing is a town square that lets everyone be heard—and lets everyone else listen, if they choose to.”
― Robert F. Kennedy Jr., The Real Anthony Fauci: Bill Gates, Big Pharma, and the Global War on Democracy and Public Health
0 likes

Polls voted on by Matej