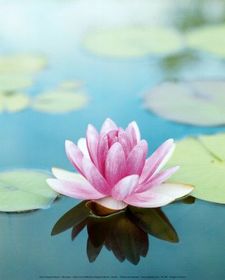 “If I should have a daughter…“Instead of “Mom”, she’s gonna call me “Point B.” Because that way, she knows that no matter what happens, at least she can always find her way to me. And I’m going to paint the solar system on the back of her hands so that she has to learn the entire universe before she can say “Oh, I know that like the back of my hand.”

She’s gonna learn that this life will hit you, hard, in the face, wait for you to get back up so it can kick you in the stomach. But getting the wind knocked out of you is the only way to remind your lungs how much they like the taste of air. There is hurt, here, that cannot be fixed by band-aids or poetry, so the first time she realizes that Wonder-woman isn’t coming, I’ll make sure she knows she doesn’t have to wear the cape all by herself. Because no matter how wide you stretch your fingers, your hands will always be too small to catch all the pain you want to heal. Believe me, I’ve tried.

I want her to see the world through the underside of a glass bottom boat, to look through a magnifying glass at the galaxies that exist on the pin point of a human mind. Because that’s how my mom taught me. That there’ll be days like this, “There’ll be days like this my momma said” when you open your hands to catch and wind up with only blisters and bruises. When you step out of the phone booth and try to fly and the very people you wanna save are the ones standing on your cape. When your boots will fill with rain and you’ll be up to your knees in disappointment and those are the very days you have all the more reason to say “thank you,” ‘cause there is nothing more beautiful than the way the ocean refuses to stop kissing the shoreline no matter how many times it’s sent away.

You will put the “wind” in win some lose some, you will put the “star” in starting over and over, and no matter how many land mines erupt in a minute be sure your mind lands on the beauty of this funny place called life.

And yes, on a scale from one to over-trusting I am pretty damn naive but I want her to know that this world is made out of sugar. It can crumble so easily but don’t be afraid to stick your tongue out and taste it.

“Baby,” I’ll tell her “remember your mama is a worrier but your papa is a warrior and you are the girl with small hands and big eyes who never stops asking for more.”

Remember that good things come in threes and so do bad things and always apologize when you’ve done something wrong but don’t you ever apologize for the way your eyes refuse to stop shining.

Your voice is small but don’t ever stop singing and when they finally hand you heartbreak, slip hatred and war under your doorstep and hand you hand-outs on street corners of cynicism and defeat, you tell them that they really ought to meet your mother.”
― Sarah Kay

“The past always seems better when you look back on it than it did at the time. And the present never looks as good as it will in the future.”
― Peter Benchley, Jaws
tags: ellen-brody, future, jaws, past, present
38 likes

“I told myself there was time. Of course, that’s what we always tell ourselves, isn’t it? We can’t imagine time running out, and God punishes us for what we can’t imagine.”
― Stephen King, Duma Key
10 likes

“How can I tell a story we already know too well? Her name was Africa. His was France. He colonized her, exploited her, silenced her, and even decades after it was supposed to have ended, still acted with a high hand in resolving her affairs in places like Côte d'Ivoire, a name she had been given because of her export products, not her own identity.
Her name was Asia. His was Europe. Her name was silence. His was power. Her name was poverty. His was wealth. Her name was Her, but what was hers? His name was His, and he presumed everything was his, including her, and he thought be could take her without asking and without consequences. It was a very old story, though its outcome had been changing a little in recent decades. And this time around the consequences are shaking a lot of foundations, all of which clearly needed shaking.
Who would ever write a fable as obvious, as heavy-handed as the story we've been given?
...
His name was privilege, but hers was possibility. His was the same old story, but hers was a new one about the possibility of changing a story that remains unfinished, that includes all of us, that matters so much, that we will watch but also make and tell in the weeks, months, years, decades to come.”
― Rebecca Solnit, Men Explain Things to Me
tags: colonization, fables, feminism, possibilities
98 likes