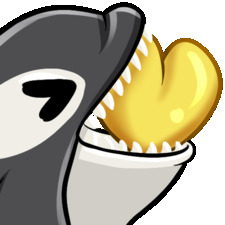 This will prevent Siren from sending you messages, friend request or from viewing your profile. They will not be notified. Comments on discussion boards from them will be hidden by default.
Sign in to Goodreads to learn more about Siren.

“An elementary school student asked me the NOT politically correct question, “Is an idiot smarter than a moron?” I had to Google it because I was afraid to respond in today’s PC society and didn’t want to offend him, his parents, or anyone else. Here’s what I found.

Explaining all of this to a nine year old with an IQ of 130 made me feel like society has turned all adults into one of the above, myself included. When I told him that I’m afraid to openly say it, the nine year old said, “Adults are idiots!”
― Ray Palla, H: Infidels of Oil

“Your assumptions are your windows on the world. Scrub them off every once in a while, or the light won't come in.”
― Isaac Asimov
tags: assumptions, close-mindedness, intelligence, isaac-asimov, knowledge, open-mind, open-mindedness, open-minds, opinions, receptivity, science, science-of-mind
2352 likes

“Then you should say what you mean," the March Hare went on.
"I do," Alice hastily replied; "at least--at least I mean what I say--that's the same thing, you know."
"Not the same thing a bit!" said the Hatter. "You might just as well say that "I see what I eat" is the same thing as "I eat what I see"!”
― Lewis Carroll, Alice in Wonderland
3 likes

“Sometimes the truth is so deep that it takes someone with the same depth to see it, while others can't see past the level they have never moved from.”
― Shannon L. Alder
tags: blindsighted, change-your-perspective, exgirlfriends, idiots, pay-attention, see-clearly, seeing, waking-up, wash-your-eyes, wipe-your-tears, wishful-thinking
15 likes

“- Boys my age are boring. They have nothing to say and half of them seem like complete idiots.

I was going to say that they didn't improve with age but didn't want to spoil her illusions.”
― Carlos Ruiz Zafón
tags: boring, boys, idiots, zafon
10 likes

Siren hasn't connected with her friends on Goodreads, yet.

Jonathan Haidt
author of: The Righteous Mind: Why Good People Are Divided by Politics and Religion
More…

Polls voted on by Siren