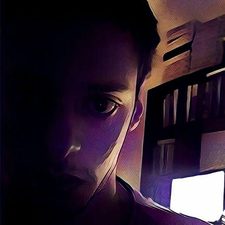 This will prevent Mohamed from sending you messages, friend request or from viewing your profile. They will not be notified. Comments on discussion boards from them will be hidden by default.
Sign in to Goodreads to learn more about Mohamed.

“What, then, is that incalculable feeling that deprives the mind of the sleep necessary to life? A world that can be explained even with bad reasons is a familiar world. But, on the other hand, in a universe suddenly divested of illusions and lights, man feels an alien, a stranger. His exile is without remedy since he is deprived of the memory of a lost home or the hope of a promised land. This divorce between man and his life, the actor and his setting, is properly the feeling of absurdity. All healthy men having thought of their own suicide, it can be seen, without further explanation, that there is a direct connection between this feeling and the longing for death.”
― Albert Camus, The Myth of Sisyphus and Other Essays
tags: the-myth-of-sisyphus
1 likes

Polls voted on by Mohamed