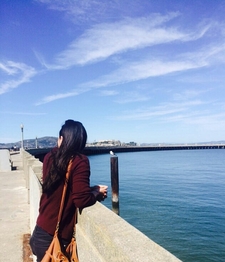 This will prevent Karielle from sending you messages, friend request or from viewing your profile. They will not be notified. Comments on discussion boards from them will be hidden by default.
Sign in to Goodreads to learn more about Karielle.

“It was all quite natural, human beings are created in order to torment one another.”
― Fyodor Dostoyevsky, The Idiot
52 likes

“Oh, I wouldn't mind, Hazel Grace. It would be a privilege to have my heart broken by you.”
― John Green, The Fault in Our Stars
tags: augustus-waters, hazel, heartbreak, privilege
13994 likes

Or better yet, date a girl who writes.”
― Rosemarie Urquico
19092 likes

“I asked her if she believed in love, and she smiled and said it was her most elaborate method of self-harm.”
― Benedict Smith
219 likes

“I was satisfied with haiku until I met you, but now I want a Russian novel,
a 50-page description of you sleeping.”
― Dean Young
42 likes

Polls voted on by Karielle