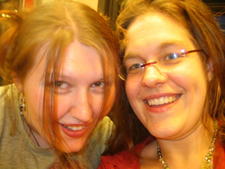 This will prevent Micha from sending you messages, friend request or from viewing your profile. They will not be notified. Comments on discussion boards from them will be hidden by default.
Sign in to Goodreads to learn more about Micha.

Micha rated a book it was amazing
The Makioka Sisters
by Jun'ichirō Tanizaki
bookshelves: 日本nihon-stories-from-japan, currently-reading

See all 10 books that Micha is reading…

“The unicorn lived in a lilac wood, and she lived all alone. She was very old, though she did not know it, and she was no longer the careless color of sea foam but rather the color of snow falling on a moonlit night. But her eyes were still clear and unwearied, and she still moved like a shadow on the sea.”
― Peter S. Beagle, The Last Unicorn
165 likes

“There are a number of good books that draw upon fox legends -- foremost among them, Kij Johnson's exquisite novel The Fox Woman. I also recommend Neil Gaiman's The Dream Hunters (with the Japanese artist Yoshitaka Amano);  Larissa Lai's unusual novel, When Fox Is a Thousand; Helen Oyeyemi's recent novel, Mr. Fox; and Ellen Steiber's gorgeous urban fantasy novel, A Rumor of Gems, as well as her heart-breaking novella "The Fox Wife" (published in Ruby Slippers, Golden Tears). For younger readers, try the "Legend of Little Fur" series by Isobelle Carmody.  You can also support a fine mythic writer by subscribing to Sylvia Linsteadt's The Gray Fox Epistles: Wild Tales By Mail.

For the fox in myth, legend, and lore, try: Fox by Martin Wallen; Reynard the Fox, edited by Kenneth Varty; Kitsune: Japan's Fox of Mystery, Romance, and Humour by Kiyoshi Nozaki;Alien Kind: Foxes and Late Imperial Chinese Narrative by Raina Huntington; The Discourse on Foxes and Ghosts: Ji Yun and Eighteenth-Century Literati Storytelling by Leo Tak-hung Chan; and The Fox and the Jewel: Shared and Private Meanings in Contemporary Japanese Inari Worship, by Karen Smythers.”
― Terri Windling

“Dost thou think, because thou art virtuous, there shall be no more cakes and ale?”
― William Shakespeare, Twelfth Night
30 likes

“I may not know how to fly but I know how to read, and that's almost the same thing.”
― Gregory Maguire, Out of Oz
84 likes

Shakespeare Fans — 2252 members — last activity Dec 24, 2022 02:03PM
Anyone who likes Shakespeare and wants to discuss anything about his plays can join!

Polls voted on by Micha