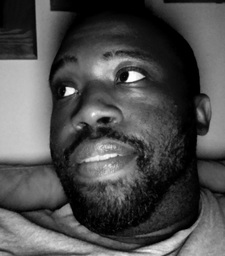 This will prevent Nikhil P. from sending you messages, friend request or from viewing your profile. They will not be notified. Comments on discussion boards from them will be hidden by default.
Sign in to Goodreads to learn more about Nikhil P..

Nikhil P. Freeman is currently reading
The Rite Of Exorcism The Roman Ritual: Rules, Procedures, & Prayers of the Catholic Church...Updated! Deliverance, solemn exorcisms, the authority of the exorcist through the Catholic Church.
by Michael Freze
bookshelves: currently-reading

Nikhil P. Freeman is currently reading
No One Would Listen
by Harry Markopolos
bookshelves: currently-reading

See all 39 books that Nikhil P. is reading…

“The best antidote to the hindrance of doubt is to find people, books, ideas, and teachers that inspire you to think big about yourself, and then follow up these sources of inspiration.”
― Bob Sharples, Meditation and Relaxation in Plain English
0 likes

“So I had to face the fact that I was blessed with abilities that were considered symptoms of emotional abnormality or mental derangement by psychology, often thought of as demonic by religion, and whose very existence was denied altogether by science. So in my darker moments I used to think that my psychic initiation and subsequent experiences were a mixed bag, to say the least. But the fact is that I was very sensitive to criticism for the very good reason that often I shared many of the beliefs that stimulated it.”
― Jane Roberts, The God of Jane: A Psychic Manifesto
0 likes

“Individuals often turn to poetry, not only to glean strength
and perspective from the words of others, but to give birth
to their own poetic voices and to hold history accountable
for the catastrophes rearranging their lives.”
― Aberjhani, Splendid Literarium: A Treasury of Stories, Aphorisms, Poems, and Essays

“I smiled a bit, thinking how meaningless rejection becomes as the years roll by.”
― Jenifer Lewis, The Mother of Black Hollywood: A Memoir
4 likes

Polls voted on by Nikhil P.