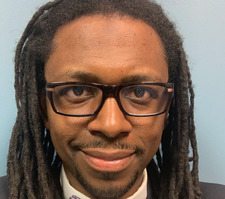 This will prevent Desmond from sending you messages, friend request or from viewing your profile. They will not be notified. Comments on discussion boards from them will be hidden by default.
Sign in to Goodreads to learn more about Desmond.

Desmond is currently reading
Everything I Ever Needed to Know about Economics I Learned from Online Dating
by Paul Oyer
bookshelves: currently-reading, abandoned

Desmond is currently reading
The Industries of the Future
by Alec J. Ross
bookshelves: currently-reading

“Tell me and I forget, teach me and I may remember, involve me and I learn.”
― Benjamin Franklin
tags: learning, mentoring, parenting, teacher
3187 likes

“Tell me and I forget, teach me and I may remember, involve me and I learn."

Benjamin Franklin never said those words, he was falsely attributed on a respected quotation website and it spread from there.

The quote comes from the Xunzi.

Xun Kuang was a Chinese Confucian philosopher that lived from 312-230 BC. His works were collected into a set of 32 books called the Xunzi, by Liu Xiang in about 818 AD. There are woodblock copies of these books that are almost 1100 years old.

Book 8 is titled Ruxiao ("The Teachings of the Ru"). The quotation in question comes from Chapter 11 of that book. In Chinese the quote is:

It is derived from this paragraph:

The first English translation of the Xunzi was done by H.H. Dubs, in 1928, one-hundred and thirty-eight years after Benjamin Franklin died.”
― Xun Kuang

Polls voted on by Desmond