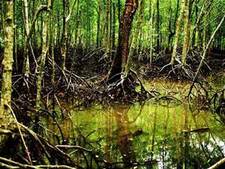 This will prevent Courtney from sending you messages, friend request or from viewing your profile. They will not be notified. Comments on discussion boards from them will be hidden by default.
Sign in to Goodreads to learn more about Courtney.

“Why would an all-powerful creator decide to plant his carefully crafted species on islands and continents in exactly the appropriate pattern to suggest, irresistibly, that they had evolved and dispersed from the site of their evolution?”
― Richard Dawkins, The Greatest Show on Earth: The Evidence for Evolution
tags: atheism, atheist, creator, evolution, god, noremorse, pg270
95 likes

“At the age of three and a half the Taung Child was eaten by an eagle. The evidence is that damage marks to the eye sockets of the fossil are identical to marks made by modern eagles on modern monkeys as they rip out their eyes. Poor little Taung Child, shrieking on the wind as you were borne aloft by the aquiline fury, you would have found no comfort in your destined fame, two and a half million years on, as the type specimen of Australopithecus africanus.”
― Richard Dawkins, The Greatest Show on Earth: The Evidence for Evolution
tags: science
5 likes

“Even if it were true that evolution, or the teaching of evolution, encouraged immorality that would not imply that the theory of evolution was false.”
― Richard Dawkins, The Greatest Show on Earth: The Evidence for Evolution
tags: education, evolution
62 likes

“Evolution could so easily be disproved if just a single fossil turned up in the wrong date order. Evolution has passed this test with flying colours.”
― Richard Dawkins, The Greatest Show on Earth: The Evidence for Evolution
tags: athiest, evolution, noremorse, page147
144 likes

Christopher Moore
author of: Lamb: The Gospel According to Biff, Christ's Childhood Pal

Patrick Rothfuss
author of: The Name of the Wind
More…

Polls voted on by Courtney