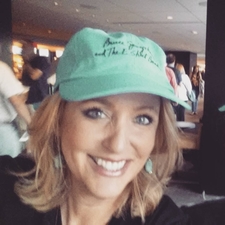 This will prevent Debbie from sending you messages, friend request or from viewing your profile. They will not be notified. Comments on discussion boards from them will be hidden by default.
Sign in to Goodreads to learn more about Debbie.

Debbie Petersen Wolven is currently reading
What to Listen for in Music
by Aaron Copland
bookshelves: currently-reading

Debbie Petersen Wolven is currently reading
How to Survive and Prosper as an Artist: Selling Yourself without Selling Your Soul (Seventh Edition)
by Caroll Michels
bookshelves: currently-reading

See all 6 books that Debbie is reading…

“Let us read, and let us dance; these two amusements will never do any harm to the world.”
― Voltaire
tags: dance, dancing, reading
8562 likes

“A government which robs Peter to pay Paul can always depend on the support of Paul.”
― George Bernard Shaw
233 likes

“Most people are other people. Their thoughts are someone else's opinions, their lives a mimicry, their passions a quotation.”
― Oscar Wilde, De Profundis
tags: identity, opinions
10668 likes

“The unexamined life is not worth living.”
― Socrates
tags: inspiration, truth, wisdom
6640 likes

“It is not the critic who counts; not the man who points out how the strong man stumbles, or where the doer of deeds could have done them better. The credit belongs to the man who is actually in the arena, whose face is marred by dust and sweat and blood; who strives valiantly; who errs, who comes short again and again, because there is no effort without error and shortcoming; but who does actually strive to do the deeds; who knows great enthusiasms, the great devotions; who spends himself in a worthy cause; who at the best knows in the end the triumph of high achievement, and who at the worst, if he fails, at least fails while daring greatly, so that his place shall never be with those cold and timid souls who neither know victory nor defeat.”
― Theodore Roosevelt
tags: inspirational, politics, presidential
6866 likes

Ben Loory
author of: Stories for Nighttime and Some for the Day

Joan Didion
author of: The Year of Magical Thinking

Rumi
author of: The Essential Rumi

Jon Scieszka
author of: The True Story of the 3 Little Pigs

Geneen Roth
author of: Women, Food and God: An Unexpected Path to Almost Everything

Polls voted on by Debbie