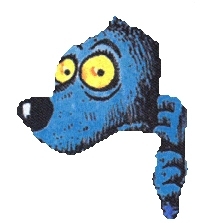 This will prevent zaCk from sending you messages, friend request or from viewing your profile. They will not be notified. Comments on discussion boards from them will be hidden by default.
Sign in to Goodreads to learn more about zaCk.

“I want to pause here and talk about this notion of consensus, and the rise of what has been called consensus science. I regard consensus science as an extremely pernicious development that ought to be stopped cold in its tracks. Historically, the claim of consensus has been the first refuge of scoundrels; it is a way to avoid debate by claiming that the matter is already settled. Whenever you hear the consensus of scientists agrees on something or other, reach for your wallet, because you're being had.

Let's be clear: the work of science has nothing whatever to do with consensus. Consensus is the business of politics. Science, on the contrary, requires only one investigator who happens to be right, which means that he or she has results that are verifiable by reference to the real world. In science consensus is irrelevant. What is relevant is reproducible results. The greatest scientists in history are great precisely because they broke with the consensus.

“I am a very bad scientist. I will do anything to make a human being feel better, even if it's unscientific. No scientist worthy of the name could say such a thing.”
― Kurt Vonnegut, Cat's Cradle
tags: scientist
36 likes

“Dr. Kevorkian has just unstrapped me from the gurney after yet another controlled near-death experience. I was lucky enough on this trip to interview none other than the late Adolf Hitler.
I was gratified to learn that he now feels remorse for any actions of his, however indirectly, which might have had anything to do with the violent deaths suffered by thirty-five million people during World War II. He and his mistress Eva Braun, of course, were among those casualties, along with four million other Germans, six million Jews, eighteen million members of the Soviet Union, and so on.
I paid my dues along with everybody else,” he said.
It is his hope that a modest monument, possibly a stone cross, since he was a Christian, will be erected somewhere in his memory, possibly on the grounds of the United Nations headquarters in New York. It should be incised, he said, with his name and dates 1889-1945. Underneath should be a two-word sentence in German: “Entschuldigen Sie.”
Roughly translated into English, this comes out, “I Beg Your Pardon,” or “Excuse Me.”
― Kurt Vonnegut, God Bless You, Dr. Kevorkian

“Are you scared?’ asked Mr. Ibis.
‘Not really.’
‘Well, try to cultivate the emotions of true awe and spiritual terror, as we walk. They are the appropriate feelings for the situation at hand.”
― Neil Gaiman, American Gods
31 likes

Walter Moers
author of: The 13½ Lives of Captain Bluebear

Polls voted on by zaCk