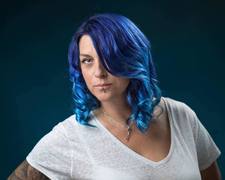 This will prevent Fiona from sending you messages, friend request or from viewing your profile. They will not be notified. Comments on discussion boards from them will be hidden by default.
Sign in to Goodreads to learn more about Fiona.

Fiona is currently reading
Bryant & May and the Memory of Blood (Bryant & May #9)
by Christopher Fowler
bookshelves: audio, currently-reading

See all 13 books that Fiona is reading…

“You did anything to bury me, but you forgot that I was a seed.”
― Dinos Christianopoulos
tags: adversity, hope, inspirational, poetry-quotes
49 likes

“Here's to the crazy ones. The misfits. The rebels. The troublemakers. The round pegs in the square holes. The ones who see things differently. They're not fond of rules. And they have no respect for the status quo. You can quote them, disagree with them, glorify or vilify them. About the only thing you can't do is ignore them. Because they change things. They push the human race forward. And while some may see them as the crazy ones, we see genius. Because the people who are crazy enough to think they can change the world, are the ones who do.”
― Rob Siltanen
tags: advertising, apple, change, commercial, computers, different, madness, misattributed-apple, misattributed-steve-jobs, misfits, nonconformity, progressive, rebels, status-quo, think-different, troublemakers
65172 likes

Or better yet, date a girl who writes.”
― Rosemarie Urquico

“A woman is like a tea bag; you never know how strong it is until it's in hot water.”
― Eleanor Roosevelt
tags: attributed-no-source, misattributed-eleanor-roosevelt
39964 likes

Polls voted on by Fiona