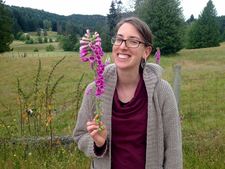 “My alone feels so good, I'll only have you if you're sweeter than my solitude.”
― Warsan Shire
2871 likes

“There’s a reason why the story of the ghetto should never come with a photo. The Third World slum is a nightmare that defies beliefs or facts, even the ones staring right at you. A vision of hell that twists and turns on itself and grooves to its own soundtrack. Normal rules do not apply here. Imagination then, dream, fantasy. You visit a ghetto, particularly a ghetto in West Kingston, and it immediately leaves the real to become this sort of grotesque, something out of Dante or the infernal painting of Hieronymus Bosch. It’s a rusty red chamber of hell that cannot be described so I will not try to describe it. It cannot be photographed because some parts of West Kingston, such as Rema, are in the grip of such bleak and unremitting repulsiveness that the inherent beauty of the photographic process will lie to you about just how ugly it really is.”
― Marlon James, A Brief History of Seven Killings
11 likes

“The classroom was a jail of other people’s interests. The library was open, unending, free.”
― Ta-Nehisi Coates
tags: books, finding-your-way, libraries, library
593 likes

“The world is full of seemingly nice guys who assault women. Guys who don't have healthy attitudes about women and sex in general, who see sex as something they are entitled to, who hurt women and don't even know they are doing it because we don't educate our young men on how not to become rapists.”
― Amy Hatvany, It Happens All the Time
11 likes

Polls voted on by CaseyTheCanadianLesbrarian