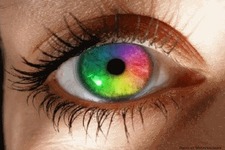 This will prevent LenaRibka from sending you messages, friend request or from viewing your profile. They will not be notified. Comments on discussion boards from them will be hidden by default.
Sign in to Goodreads to learn more about LenaRibka.

LenaRibka is currently reading
As We Fall (Against All Odds #1)
by Jack Hunt (Goodreads Author)
bookshelves: currently-reading


See all 4 books that LenaRibka is reading…

“Europe was not simply a union that chiefly benefited large corporations. The history of the continental member states was vastly different from our own. They had suffered violent revolutions, invasions, occupations and dictatorships. They were therefore only too willing to submerge their identities in a common cause directed from Brussels. We, on the other hand, had lived unconquered for nearly a thousand years. Soon, we would live freely again.”
― Ian McEwan, Machines Like Me
1 likes

“It’s about machines like me and people like you and our future together…the sadness that’s to come. It will happen. With improvements over time…we’ll surpass you…and outlast you…even as we love you.”
― Ian McEwan, Machines Like Me
1 likes

“As Schopenhauer said about free will, you can choose whatever you desire, but you’re not free to choose your desires.”
― Ian McEwan, Machines Like Me
7 likes

“other minds, must continue to fascinate us. As artificial people became more like us, then became us, then became more than us, we could never tire of them. They were bound to surprise us. They might fail us in ways that were beyond our imagining. Tragedy was a possibility, but not boredom.”
― Ian McEwan, Machines Like Me
1 likes

James Lear
author of: The Back Passage

Polls voted on by LenaRibka