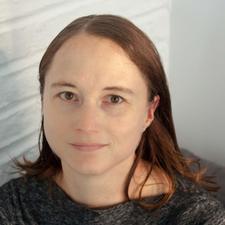 This will prevent penny from sending you messages, friend request or from viewing your profile. They will not be notified. Comments on discussion boards from them will be hidden by default.
Sign in to Goodreads to learn more about penny.

“She's scrolling fast through my code, which is a little embarrassing, because my code is full of comments like 'Hell, yeah!' and 'Now, computer, it is time for you to do my bidding.”
― Robin Sloan, Mr. Penumbra's 24-Hour Bookstore
10 likes

“Like a good academic, I thought books were for answers.”
― Helen Macdonald, H is for Hawk
27 likes

“What happens to the mind after bereavement makes no sense until later. Even as I watched I’d half-realised Prideaux was a figure I’d picked out for a father. But what I should have realised, too, on those northern roads, is that what the mind does after losing one’s father isn’t just to pick new fathers from the world, but pick new selves to love them with.”
― Helen Macdonald, H is for Hawk
10 likes

“When you are learning how to do something, you do not have to worry about whether or not you are good at it. But when you have done something, have learned how to do it, you are not safe any more. Being an expert opens you up to judgement.”
― Helen Macdonald, H is for Hawk
42 likes

Mercedes Lackey
author of: Arrows of the Queen

Polls voted on by penny