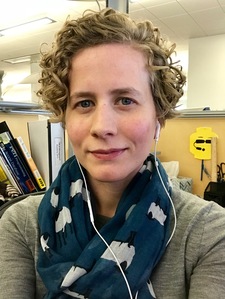 This will prevent Kristen from sending you messages, friend request or from viewing your profile. They will not be notified. Comments on discussion boards from them will be hidden by default.
Sign in to Goodreads to learn more about Kristen.

“Like all really strong-minded women, on whom everybody flops, she adored being bossed about. It was so restful.”
― Stella Gibbons, Cold Comfort Farm
37 likes

“I had become wiser, I tried to find out what irony really is, and discovered that some ancient writer on poetry had spoken of “Ironia, which we call the drye mock.” And I cannot think of a better term for it: The drye mock. Not sarcasm, which is like vinegar, or cynicism, which is so often the voice of disappointed idealism, but a delicate casting of cool and illuminating light on life, and thus an enlargement. The ironist is not bitter, he does not seek to undercut everything that seems worthy or serious, he scorns the cheap scoring-off of the wisecracker. He stands, so to speak, somewhat at one side, observes and speaks with a moderation which is occasionally embellished with a flash of controlled exaggeration. He speaks from a certain depth, and thus he is not of the same nature as the wit, who so often speaks from the tongue and no deeper. The wit’s desire is to be funny; the ironist is only funny as a secondary achievement.”
― Robertson Davies, The Cunning Man
13 likes

Polls voted on by Kristen