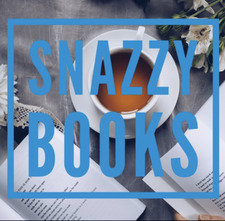 “Don't part with your illusions. When they are gone you may still exist, but you have ceased to live.”
― Mark Twain
tags: illusions, life
3936 likes

“The problem is that white people see racism as conscious hate, when racism is bigger than that. Racism is a complex system of social and political levers and pulleys set up generations ago to continue working on the behalf of whites at other people’s expense, whether whites know/like it or not. Racism is an insidious cultural disease. It is so insidious that it doesn’t care if you are a white person who likes black people; it’s still going to find a way to infect how you deal with people who don’t look like you. Yes, racism looks like hate, but hate is just one manifestation. Privilege is another. Access is another. Ignorance is another. Apathy is another. And so on. So while I agree with people who say no one is born racist, it remains a powerful system that we’re immediately born into. It’s like being born into air: you take it in as soon as you breathe. It’s not a cold that you can get over. There is no anti-racist certification class. It’s a set of socioeconomic traps and cultural values that are fired up every time we interact with the world. It is a thing you have to keep scooping out of the boat of your life to keep from drowning in it. I know it’s hard work, but it’s the price you pay for owning everything.”
― scott woods
126 likes

Dead Good Crime Book Group — 2771 members — last activity 10 hours, 4 min ago
Dead Good is the home for killer crime books, drama and film. We love reading crime and thriller novels and want to share that love with you!