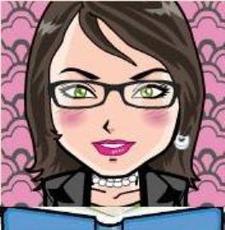 This will prevent Izzyreads from sending you messages, friend request or from viewing your profile. They will not be notified. Comments on discussion boards from them will be hidden by default.
Sign in to Goodreads to learn more about Izzyreads.

“It is a truth universally acknowledged, that a single man in possession of a good fortune, must be in want of a wife.”
― Jane Austen, Pride and Prejudice
tags: husband, marriage, opening-lines, wife
6944 likes

“In such cases as this, it is, I believe, the established mode to express a sense of obligation for the sentiments avowed, however unequally they may be returned. It is natural that obligation should be felt, and if I could feel gratitude, I would now thank you. But I cannot–I have never desired your good opinion, and you have certainly bestowed it most unwillingly. I am sorry to have occasioned pain to anyone. It has been most unconsciously done, however, and I hope will be of short duration. The feelings which, you tell me, have long prevented the acknowledgment of your regard, can have little difficulty in overcoming it after this explanation.”

Mr. Darcy, who was leaning against the mantelpiece with his eyes fixed on her face, seemed to catch her words with no less resentment than surprise. His complexion became pale with anger, and the disturbance of his mind was visible in every feature. He was struggling for the appearance of composure, and would not open his lips till he believed himself to have attained it. The pause was to Elizabeth’s feelings dreadful. At length, with a voice of forced calmness, he said:

And this is all the reply which I am to have the honour of expecting! I might, perhaps, wish to be informed why, with so little endeavour at civility, I am thus rejected. But it is of small importance.”

I might as well inquire,” replied she, “why with so evident a desire of offending and insulting me, you chose to tell me that you liked me against your will, against your reason, and even against your character? Was not this some excuse for incivility, if I was uncivil?”
― Jane Austin
61 likes

“With an eye made quiet by the power of harmony, and the deep power of joy, we see into the life of things.”
― William Wordsworth
tags: inspirational
110 likes

“From the Battle of Clontarf to Stalingrad: history brought to life”
― Anonymous
0 likes

Samantha Sotto
author of: Before Ever After
More…

Polls voted on by Izzyreads