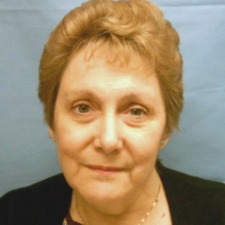 This will prevent Lynden from sending you messages, friend request or from viewing your profile. They will not be notified. Comments on discussion boards from them will be hidden by default.
Sign in to Goodreads to learn more about Lynden.

“She remembered the day that she first realized she would never be able to read every book in the world," said John Clement. "She cried for days.”
― About Blaize Clement
8 likes

“It is love alone that gives worth to all things.”
― St. Teresa of Avila
tags: love
206 likes

“I could see why Archimedes got all excited. There was nothing finer than the feeling that came rushing through you when it clicked and you suddenly understood something that had puzzled you. It made you think it just might be possible to get a handle on this old world after all.”
― Jeannette Walls, Half Broke Horses
tags: eureka, puzzle, understanding, world
28 likes

“Lock up your libraries if you like; but there is no gate, no lock, no bolt that you can set upon the freedom of my mind.”
― Virginia Woolf, A Room of One's Own
tags: freedom, women, writing
11432 likes

“I would venture to guess that Anon, who wrote so many poems without signing them, was often a woman.”
― Virginia Woolf, A Room of One's Own
tags: women
21001 likes

Polls voted on by Lynden