note: This topic has been closed to new comments.
97 views
I hate Maine

Hell is a place on earth and it's called Maine. Yesterday it dropped a foot of snow here, which was okay because all I wanted to do was drink beer and watch Event Horizon for the 500th time. But then I made the mistake of waking up this morning. My girlfriend's car had been totally buried by the plow. I spent an hour digging it out by hand while the two Maine-ahs on either side of me handily freed their 3/4 ton monstrosities with snow blowers. Neither of them seemed interested in me (unless it was to get in my way with their hick-mobiles) until I had freed the car, at which point one of these ugly snaggle-toothed fuckers preceded to scream at me and my girlfriend. Apparently we had moved the plowed snow too far into the street for his taste, and this caused him to fly into a tantrum. Now, my girlfriend is a super together person, but she fucking cried. And this isn't an anomaly, this is indictive of how Mainers are in general. Nobody will have anything to do with you until you piss them off and they fly off the handle. I want to burn this state to cinders.

That's a fuckload o' hate, yo. Very good.
Now make me some lobstah.

funny that you mention watching event horizon for the 500th time. i think my weekend was spent in a remarkably similar way (but we don't get REAL snow down here in cincinnati. not that that fact actually stops anyone from FREAKING OUT)

While I do appreciate the hate, I resent Crom perpetuating the urban legend that Maine actually exists.

Thanks for giving a newbie some love. Quite a warm reaction considering the group.

reply | flag *
message 7: by [deleted user] (new)
Jan 21, 2009 12:04PM
Hate is just love reflected in the black mirror (according to our doctrine), so we're equally good at both. Some of us can even make love better than we make hate. 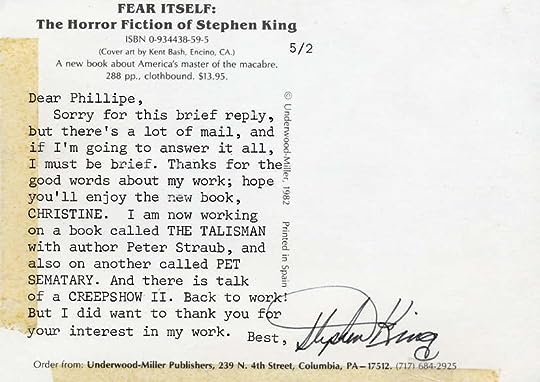